With Nigeria again displaying a dismal performance in the latest global Corruption Perceptions Index (CPI) by Transparency International (TI) 2020, civil society groups have identified six reasons behind this.
The groups are Civil Society Legislative Advocacy Centre (CISLAC), Transparency International Nigeria (TIN), Centre for Democracy and Development (CDD) and BudgIT.
Roots of unfavourable indices
In a review published exclusively in Nigeria by CISLAC, the groups blamed the unfavourable indices on the absence of transparency in the country’s COVID-19 pandemic response and nepotism in the public service appointments and promotions.
Other reasons include inadequate anti-corruption legal frameworks and interference by politicians in the operation of law enforcement agencies; security sector corruption and the prevalence of bribery and extortion in the Nigeria Police.
These were included in the civil society group’s review of the latest TI report released on Thursday, which showed that Nigeria’s performance declined further.
In the report, titled: “Corruption in Pandemic Response and Law Enforcement drags Nigeria’s corruption perception further down”, TI said Nigeria performed poorly, with a score of 25 out of 100 points in the 2020 CPI, dropping by one point compared to the performance in 2019.
When compared with other countries’ performance during the year, the country did not fair well, ranking 149 out of 183 countries, three places down its previous position in 2019.
The report was based on the CPI aggregates data from eight different sources that provide perceptions of the country’s business community and experts on the level of corruption in the public sector.

Although the annual report does not show specific incidences of corruption, CISLAC explained usually reflects impartial, objective and globally well-respected indices on the perception of the Nigerian public about the state of corruption in the country.

The latest result is coming on the heels of growing devastation of the global economy by the negative impact of the COVID-19 pandemic, insecurity, high unemployment and a sharp increase in government borrowing, amongst other challenges in the economy.

Report details
In 2020, the Council on Foreign Relations (CFR), an independent think tank organization, reported that Nigeria witnessed a total of 2,860 kidnappings during the year, up from 1,386 in 2019.
The Unemployment Data by the National Bureau of Statistics (NBS) for the second quarter of 2020 paints a further gloomy of the deplorable situation in the country.

The NBS statistics agency, which said about 27.1 percent of the country’s working-age population are unemployment and 28.6 percent underemployed, with one in two Nigerians either unemployed or underemployed.

The report said the challenges associated with any of the categories could be linked to corruption incidences and mismanagement of public resources, further exacerbating the economic and health impact of the global pandemic.
CISLAC notes that Nigeria’s latest CPI score is another reminder of the need for a fast, transparent, and robust response to the challenges posed by corruption in Nigeria.

“It is worrying that despite the numerous efforts by state actors on the war against corruption, Nigeria is still perceived by citizens and members of the international community as being corrupt,” CISLAC said.

On why Nigeria continues to falter in the latest corruption perception index performance, CISLAC/TI and partners say they suspect a list of key weaknesses in the country’s fight against corruption.
COVID-19 pandemic, the groups identified a general lack of transparency in the emergency response by the government, coupled with the gap in coordination.

They noted that the process was always fraught with the incessant flouting of procurement guidelines, hoarding of relief materials and diversion of these materials presented to political party loyalists and close associates as personal souvenirs.

Citing an example of a case that involve foodstuffs and supplies donated by a group of well-meaning Nigerian business persons, corporate entities, development partners and others under the Coalition Against COVID-19 (CACOVID), which were left to rot and waste by the federal and state governments.
Nepotism in public appointments, others
On Nepotism in public service appointments and promotions, the groups cited the case of the controversy that trailed the decision of the National Judicial Council (NJC) involving at least eight of the 33 judges recommended for appointment who were either children or relatives of current or retired Justices of the Supreme or Appeal Courts.
Also, they made reference to the case in Nigerian Ministry of Foreign Affairs alleged to have promoted individuals on the basis of their relationship and other affiliations as against merit and other criteria stated in the rule books.
The group also recalled reports about the commercialization of employment into various institutions, including admission into various tertiary educational institutions, which put the nation in bad light.
There were also reported cases of extortion of members of the public for the acquisition of services like healthcare, passports renewal and obtaining of visas, which also creates a negative perception of corruption in Nigeria. 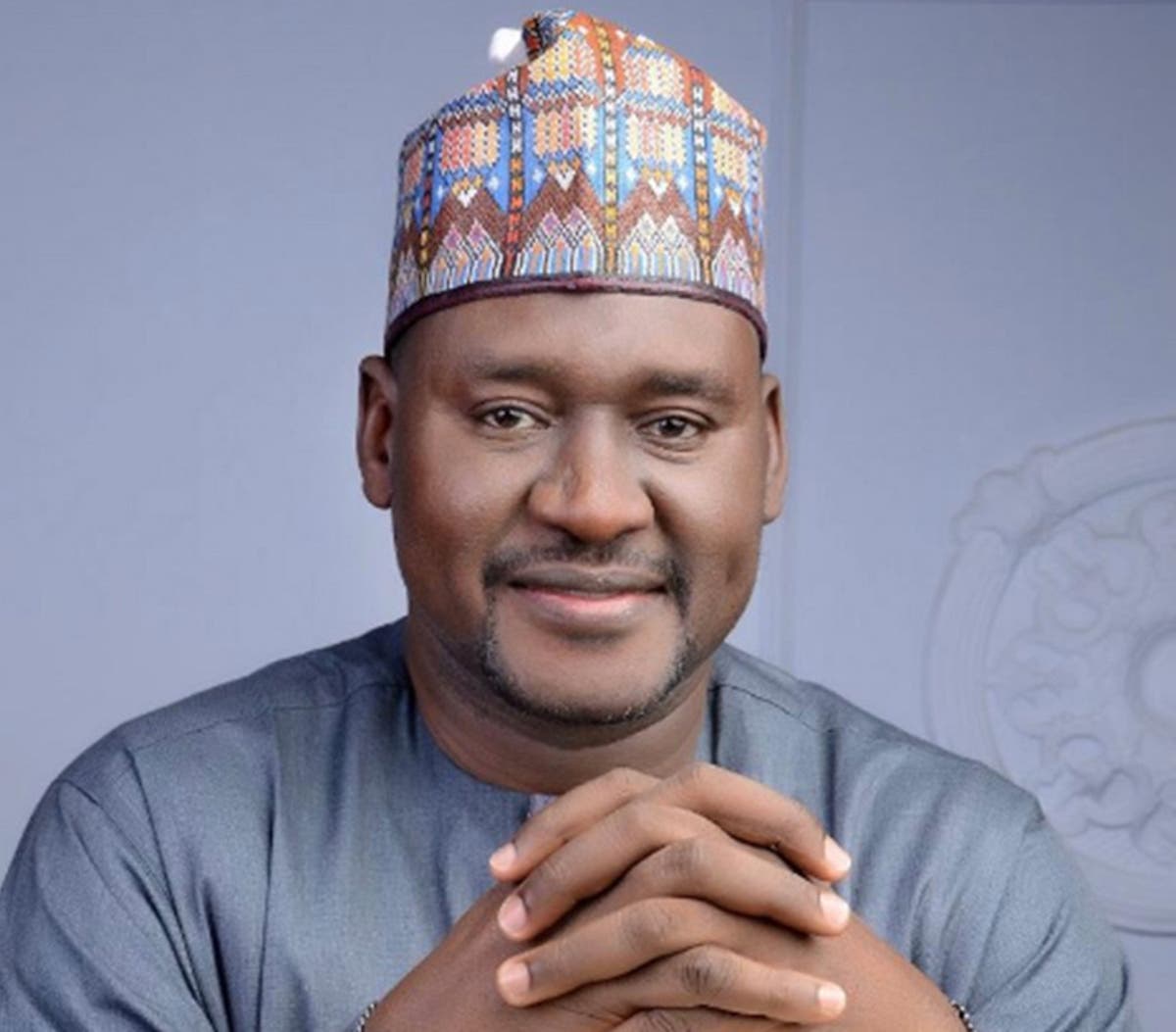 CISLAC/TI noted some successes recorded by the Nigerian government, such as the transparency portal managed and implemented by the Office of the Auditor-General, which they said have the potential to bring corruption and wastefulness in the government agencies to the end.
Although they declared their support for other initiatives likes the review of anti-corruption legislation such as the Companies and Allied Matters Act (CAMA, 2020) and the Police Act 2020, they insisted more needed to be done to enact similar legislation and implement them.
“The repeated failure to enact the Proceeds of Crime Act as a legal framework for the management and utilization of recovered assets in Nigeria as one of the key pillars of this administration’s anti-corruption strategy is inexplicable,” they noted.
“There is still a lack of accountability in some quarters of government, especially in terms of beneficial owners of lucrative government contracts.
“Out of millions of corrupt transactions experienced annually, only a few hundreds of offenders are investigated, let alone convicted on corruption charges.
They condemned the current scenario where different institutions like the Economic and Financial Crimes Commission (EFCC), Independent Corrupt Practices and Other Related Offences Commission (ICPC), Code of Conduct Bureau, National Drug Law Enforcement Agency the Nigerian Police and other agencies overlap with mandates and lack synergy as unsustainable and prone to corruption.
The groups criticized the infighting and politicization of the anti-corruption agenda of the present administration evidenced by the way the Acting Chairman of EFCC, Ibrahim Magu.
They said the accusation by the Office of the Attorney-General of the Federation that he failed to give a proper account of assets recovered by his agency was questionable, as there was no clear legal and policy asset recovery framework on that.
Besides, CISLAC/TI said the absence of a Whistle Blower Protection Legislation leaves Nigerian anti-corruption agencies deprived of key insider intelligence without which an anti-corruption crusade is a mission impossible.
On the prevalence of bribery and extortion in the Nigerian Police, the groups said the year 2020 witnessed the #EndSARS protests, in which young Nigerians marched to demand an end to police brutality and corruption.
They said what led to the protest was widespread bribery and extortion by law enforcement officials, especially the police.
The allegations, they said, confirmed the first and second national corruption surveys by the United Nations Office on Drugs and Crime (UNODC) in partnership with the NBS in 2017 and 2019, which showed the Nigerian Police was the institution with the highest prevalence of bribery amongst the institutions measured.
Noting other efforts, like the Police Complaints Response Unit (CRU) aimed at reducing police abuses, the groups said there was a need to scale up the efforts of the unit to meet the demands of citizens as contained in the Police Act 2020.
On security sector corruption which manifests in vices ranging from violent extremism and insurgency to piracy, kidnapping for ransom, attacks on oil infrastructure, drug trafficking, and organized crime, the group said these are threats involving irregular forces largely societally based.
These vices, they said, are prevalent and persistent mostly in marginalized areas where communities feel high levels of distrust toward the government over many years.
Although they note the low levels of public trust in the police as inhibiting the cooperation needed to be effective against societal threats, the groups said the country’s security system was perceived to be highly politicized.
“Leaders are often appointed based on their political allegiances, rather than on their experience or capabilities in law enforcement.
“As a result, the quality of leadership at the helm of affairs suffers. Appointees under such circumstances feel loyalty to their political patron, rather than to their institutions or citizens,” they said.
Recommendations for improved perfoermance
To boost the country’s CPI particularly under the current pandemic, CISLAC/TI called for transparency and accountability in the utilization of COVID-19 relief funds by state and non-state actors.

They called on the National Assembly and relevant anti-graft agencies to follow up cases of corruption in the COVID-19 response process and reports from the Auditor General’s office, while the office of the Auditor-General should also be strengthened to carry out an audit of the process.

Again, they said public servants should be appointed, appraised and promoted on merit to reduce the level of nepotism and favouritism, as lop-sidedness in appointments increases the perception of corruption of the due process.

Also, the National Assembly should speed up the deliberation and passage of relevant anti-corruption related laws or amendments to strengthen the anti-corruption efforts in the interest of Nigerians.

Besides, the presidency should assent to these laws once they are passed, while taking into consideration the best interest of Nigerians.
Other recommendations are that the government should commit to police reform by ensuring the full implementation of the Police Act 2020, support the ongoing judicial panels of enquiries and prioritize the welfare of the personnel of the Nigerian Police.
The government should establish a transparent monitoring framework for Security votes, while the government should also ensure that these funds are channelled to security and defence agencies.
The Federal Government should urgently constitute the National Council on Public Procurement (NCPP) to actively coordinate the activities of the Bureau of Public Procurement and give full effect to the Public Procurement Act 2007.
The government must ensure democratic and free civic space for engagement with the citizenry and the media.
“We call on revenue-generating agencies like the Federal Inland Revenue Service, the National Ports Authority and the Nigerian Customs Service to ensure that they improve efforts to curb extortion and bribery among their officials.