Ending the regime of ownership secrecy in the extractive industries is a priority for Nigeria to guarantee the benefits from the exploitation of the country’s natural resources to the people, President Muhammadu Buhari has said.

The President who spoke on Tuesday through the Minister of Finance, Budget and National Planning, Zainab Ahmed, at the Nigerian launch of the Opening Extractives in Abuja said the dangers posed by anonymous corporate ownerships in extractive industries was a global challenge requiring collective actions.

The President’s speech was presented virtually by the Minister of State for Budget and National Planning, Clem Agba.

Opening Extractives is an initiative by the global Extractive Industries Transparency Initiative (EITI) and Open Ownership to support national governments and interest groups to deepen beneficial ownership transparency and reforms in their respective domains.

Nigeria is one of nine implementing pilot resource-rich countries selected by EITI, Open Ownership and BHP Foundation as models of Opening Extractives.

The portal, he said, contains a comprehensive register of all beneficiaries of the country’s extractive assets.

Knowing the real owners of the companies that bided for, investing in and operating Nigeria’s extractive industries assets, he said, has practical implications for the economic growth, physical security and human development in the country.

He said his administration was concerned that anonymous companies remained the major obstacles in the fight against money laundering and corruption.

These companies, the President noted, enable corrupt and criminal actors, often with political connections, to hide behind the chains of companies registered in multiple jurisdictions, to deny Nigerian citizens the benefits derivable from the exploitation of their common wealth.

In 2020, the President said he signed into law the new Companies and Allied Matters Act (CAMA2020) to give legal backing to the Corporate Affairs Commission to request from entities doing business in Nigeria to mandatorily disclose persons with significant stake in companies.

The law, he said, empowered the CAC to collect and publish in a register the information disclosed by the companies on their beneficial owners along with stipulated sanctions for infractions.

Beyond the register, Buhari said as a demonstration of his government’s commitment to transparency and accountability in extractive resource management, he also signed into law the Petroleum Industry Act (PIA) last August, to end over two decades of agitation for a reform of the legal framework for the country’s petroleum sector.

He said Section 7 of the PIA specifically mandates the Nigeria Upstream Regulatory Commission (NURC), the successor agency of the Department of Petroleum Resources (DPR), to keep a public register of beneficial owners of licenses, leases and permits granted by the Minister of Petroleum Resources.

Beaming the searchlight on those who own Nigeria’s assets, he said, would help the government prevent revenue leakages and maximize domestic resource mobilization, to improve the living standards of the people through the provision of good roads, quality healthcare services, education and general upgrade of basic infrastructures. 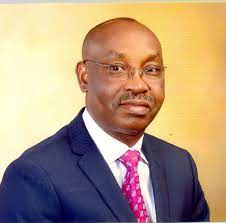 Dangers of ownership secrecy
Orji expressed happiness that both developed and developing countries have resolved to strategize to lift the veil of secrecy over the ownership of extractive industries of resource-rich countries.

With beneficial ownership transparency as a global norm, the NEITI CEO said Nigeria can ill-afford to be left behind, given its experience and history in the fight against corruption, insecurity, terrorism financing, money laundering and illicit financial flows.

He said Nigeria’s selection as one of the nine pilot countries currently implementing Opening Extractives is a direct acknowledgement and recognition of the Nigerian government’s commitment to beneficial ownership transparency reforms and the progress so far recorded.

On NEITI’s effort to promote transparency and accountability in the extractive industries, Orji said since his assumption of office, he has been working to expand and widen the cope of annual audit and reporting, by deepening the disclosures of beneficial ownership of the country’s extractive industries assets.

Besides, he said NEITI has also broadened the scope of its engagement with extractive industries stakeholders, adding that the agency is currently finalizing plans to revitalize the inter-ministerial Task Team set up to address remediation issue in NEITI annual audit reports.

He said in the last eight months NEITI has been partnering with sister anti-graft agencies, by signing agreements and Memorandum of Understanding with the EFCC, ICPC and NFIU on how to enforce the implementation of some of the recommendations from the audit reports.

The partnership with these agencies, he said, would lead to the recovery of more revenues into the government coffers, grow the economy and deepen the EITI implementation in Nigeria.

Under his leadership, Orji said NEITI has reached advance stage in the process to fully transit into the automation of its audit data collection processes.

He announced that the NEITI Audit Management System (NAMS) project jointly executed with Development Gateway and supported by the World Bank, would be completed and officially unveiled in December.

When operational, he said the new system would transit NEITI information/data gathering process from analogue to an automated/digital process, improve efficiency in time and resources, while reducing human interference and errors in the audit process.

Benefits of Opening Extractives
EITI Executive Director, Mark Robinson, who spoke virtually to participants at the event, noted Nigeria’s contributions to the implementation of the EITI process, saying the country’s selection as one of the pilots implementing Opening Extractives initiatives was in recognition of that role.

Robinson said the initiative has the potential to accelerate Nigeria’s effort to advance beneficial ownership transparency.

“We applaud Nigeria’s accomplishments in launching the person of significant control register, and prior to this, developing Africa’s first digital beneficial ownership register for the extractive sector in 2019,” he said.

Opening Extractives, the director said, was aimed at supporting Nigeria and other selected countries on reforms, to disclose the ownership of extractive companies through the NEITI Secretariat, to access technical assistance to improve the implementation of beneficial ownership transparency as required by the EITI standard and country’s priorities.