PICTURE CAPTION
L-R: Algerian Minister of Energy and Mines Mohamed Arkab, with Minister of State Petroleum Resources, Timipre Sylva, and Nigerien Minister of Petroleum, Mohamane Mahamadou, during a meeting of the reactivation of the Trans-Saharan Gas Pipeline project, in Abuja, on Monday.

Nigeria on Monday underscored the strategic importance of fast-tracking the completion of the multi-billion dollar Trans-Saharan Gas Pipeline project.

Minister of State for Petroleum Resources, Timipre Sylva, told partnering countries in the project that the early completion of the project would create an opportunity for Africa to market its huge gas resources to the European market currently in search of an alternative source of gas supply for their industries and companies.

Sylva was speaking at the
Ministerial meeting in Abuja on the reactivation of the Trans-Saharan Gas Pipeline Project.

Lamenting that the project, which was initiated as part of efforts to promote regional integration, has been on the drawing board for so long, stressed the need to expedite action towards its actualization.

He said considering the current situation in the global scene, with the impact of the Russia-Ukraine war on gas supply, this project should be completed to allow Africa take full advantage of the opportunities to take its gas resources to the European market.

“A lot of companies are asking for alternative sources of gas supply from Africa. Today, gas is now a weapon of war between Russia and Ukraine. So, more than ever before, Africa’s gas is needed. Therefore, let us not waste time. Let’s make sure we fast-track this project to completion,” he said.

For Nigeria, Sylva said although the initial plan was for the project to commence from the Southern part of Nigeria to the North end before going outside, the country has since decided not to wait any longer, and has started with the initial leg of the project already.

He announced that the Abuja-Kaduna-Kano (AKK) pipeline was already under construction, with the pipeline expected to run from the end of Nigeria all the way to Algeria through Niger Republic.

When completed, he said the project would show the world that Africa was capable of coming together to build major infrastructure projects like that for the benefit of the world, to signal that Africa has come of age. 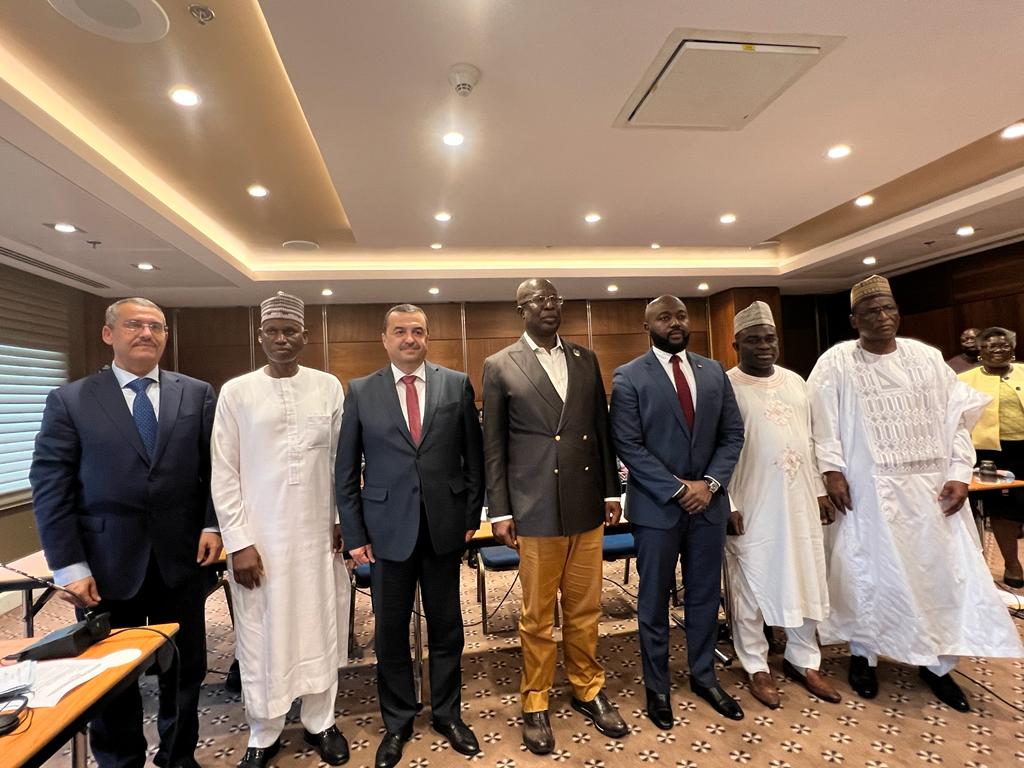 These kind of regional integration projects, the Minister noted, were what the world wants to see as key enablers of Africa’s economic development and growth.

Acknowledging the existence of a lot of finance providers that have shown interest in investing in this project, in view of its viability, Sylva said Nigeria’s proven gas reserves of 206 trillion cubic feet was capable of supporting the project.

With further exploration, he said Nigeria was confident to grow its gas reserves to over 600 TCF.

Apart from Nigeria, he said Algeria, another gas producing country, was ready to team up with Niger Republic, which has commenced gas exploration, to bring together their gas potentials for the development of the project.

“If Nigeria, Niger and Algeria bring their gas resources together, they would become a significant supplier of gas in the world. This is a project that will put Africa on the global map. Let us try to fast-track the execution of the project,” he said.

He said the meeting was the first since the partners met in Niamey a few months ago to agreed on the project concept and to meet in Nigeria and later in Algeria to see how the partners can fast-track the execution of the project.

The Algerian Minister of Energy and Mines, Mohamed Arkab, noted the significant progress recorded since the last meeting in February, which led to the signing of the agreement by the three parties.

The Algerian Minister said he was of the firm believe that TSGP would have a significant and positive impact on the socio-economic developement of the affected countries.

The reactivation of the project, Arkab said, was taking place in a particular geo-political
and energy context, marked by a strong demand for gas and oil, on the one hand, and by a stagnant supply due to the drop in oil and gas investments started since 2015.
He said the TSGP constituted a new source of gas supply for markets whose demand is constantly growing, given the place that natural gas will occupy in the future energy mix.

The Group Managing Director, Mele Kyari, who was represented represent by Abdulkabiru Ahmad, said as a company that has transformed from a corporation to a limited liability company, with a vision to be commercialised to become profit-oriented in its business. will be a close partner in this project having realised that it is so dear to the country’s economy.

The NNPC’s responsibility will be to ensure that all the gas resources required to operate the pipeline will be available at the appropriate time. We have the reserves to realise this when the project is completed. The NNPC has the responsibility to ensure that available gas in-country is commercialized, by producing it and finding the market for it.

“One cannot find the market without a trunk to transport the gas. That is where the Trans-Saharan pipeline becomes handy to guarantee the success of this project.

Also, funding is of strategic importance as a way to check desertification, while helping grow the economies of the countries the pipeline I’ll pass through.

There is an existing MoU that may be revisited by the Ministers of the participating countries.

While thanking them for allowing the NNPC to partner with them, he said the Company was fully ready to work towards the realization of the project as long as it meets the commercial objectives.