“And ye shall know the truth, and the truth shall set you free”

The famous Biblical parable of the talents is one I love so much, and I because its lessons can be taught across all generations.

This is the first of a three parts comparative performance analysis series on the two administrations over the corresponding periods.

Considering the glaring disparity in economic status of the two states, a casual look might suggest to some people that this analysis is unfair to compare Lagos State with Anambra State. Maybe people having such sentiments are right, after all why would anyone compare. But there is no harm still doing the comparison using globally acceptable parameters.

Lagos State is reputed to be the Toast of Africa – from the Portuguese, to the British, to the locals and and Nigeria as a whole, everyone just want her Lagos.

Anambra State, on the other hand, was left in ruins after the civil war of the late 1960s (imagine what’s happening in Ukraine currently)

However, like the lessons taught in the parable of the talents, we still have to be accountable with the little we HAVE, if we want to be entrusted with more.

Everything I will be sharing are verifiable facts from verifiable sources.
Below are growth indicators often used by development economist to access low-middle income countries, hence we will be using it here:
1.) Gross National Income per Capita
2.) Life Expectancy
3.) Human Development Index (HDI)
4.) Health Index
5.) Educational Index
6.) Income Index

My data source is from the renowned Global Data Lab (GDL) – an independent data and research centre at the Institute of Management Research, Radboud University, Netherlands
https://t.co/QiNTogrb6c

Factoring internally generated revenue (IGR), level of investments in Lagos State since the colonial days compared with the devastation of the civil war that affected Anambra State and the entire South Eastern part of Nigeria, it is safe to say Peter Obi administration of men and resources is in a league on his own.

So, comparing Lagos State with Anambra State in terms of the globally accepted developmental indicators is an INSULT to Anambra State under the leadership of Peter Obi.

As if that were not enough, let’s look at the departing gift Peter Obi presented to Anambra State compared to what Bola Ahmed Tinubu left for Lagos State.

To proof that Peter Obi’s education at Harvard Business School, Kellog School of Management, Oxford & Cambridge weren’t just for fun, in his handover note he left local and foreign denominated investment savings in billions of Naira and cash savings for the state as can be seen as attached and verified https://t.co/5G0HrXm6J1 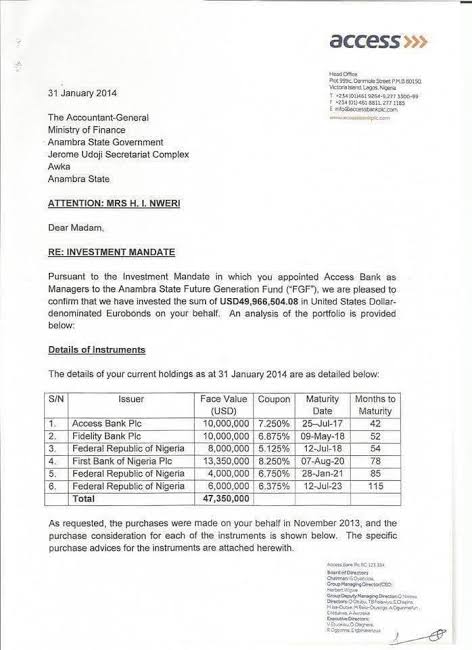 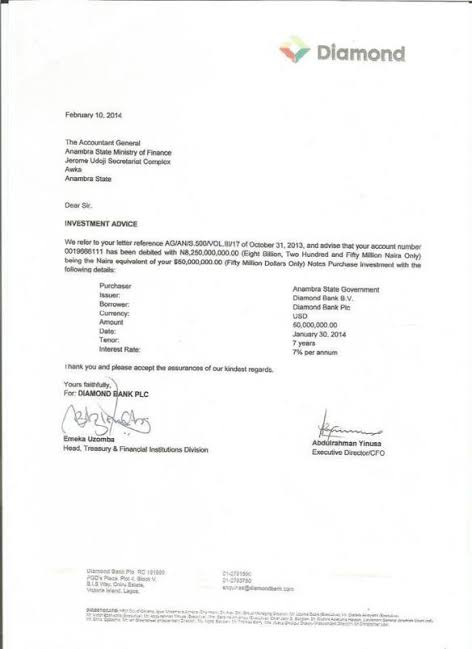 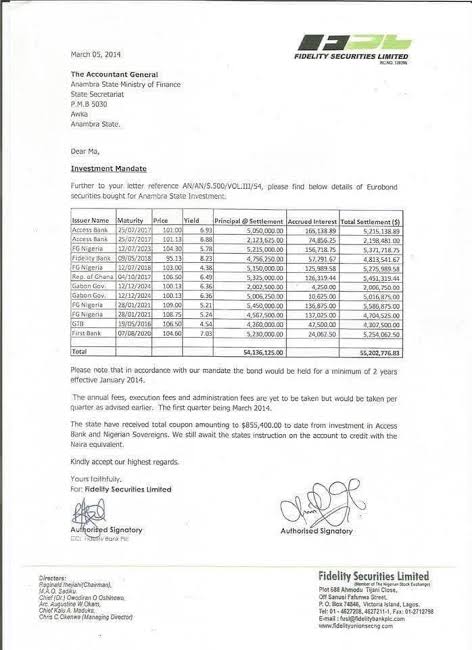 As seen in one of the images, the investment had a MINIMUM of two years maturity period before the state can sell part of it for liquidity.

In the attached images, one can see how the government that succeeded Peter Obi generated funds from the investments he made on behalf of the state https://t.co/CXEZINVyys 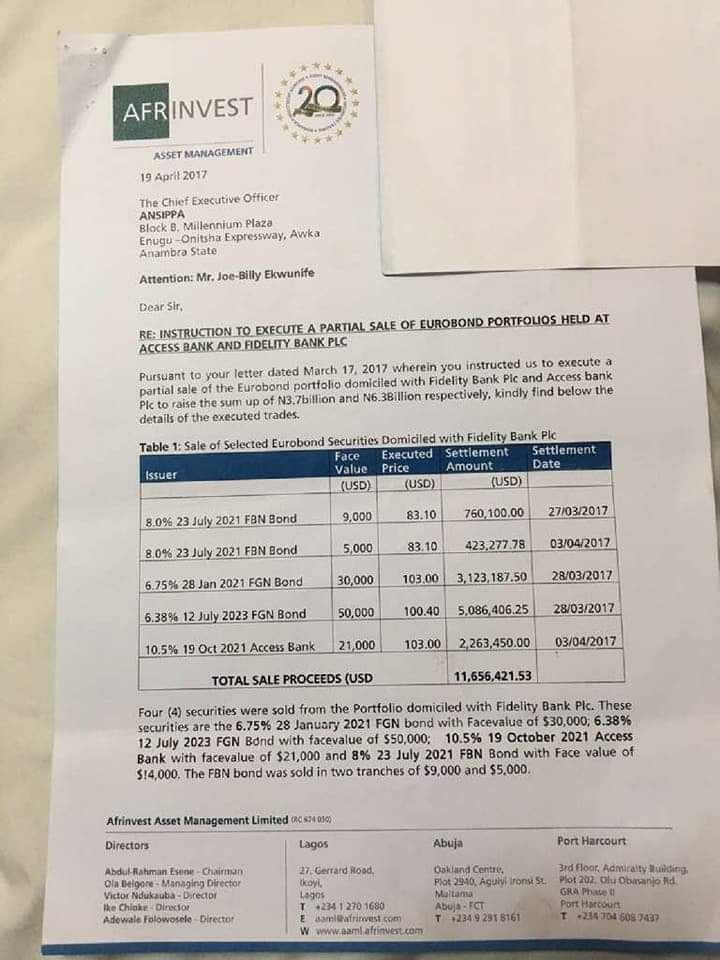 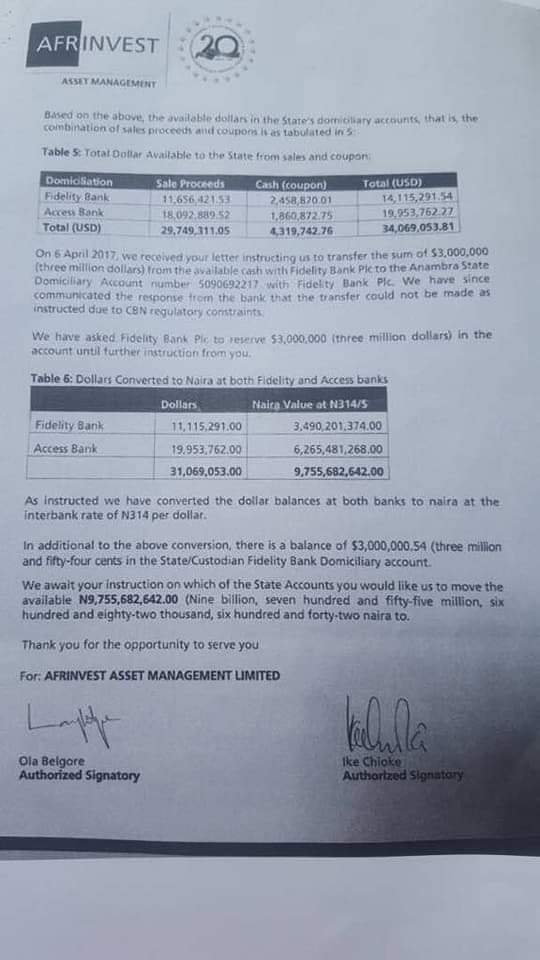 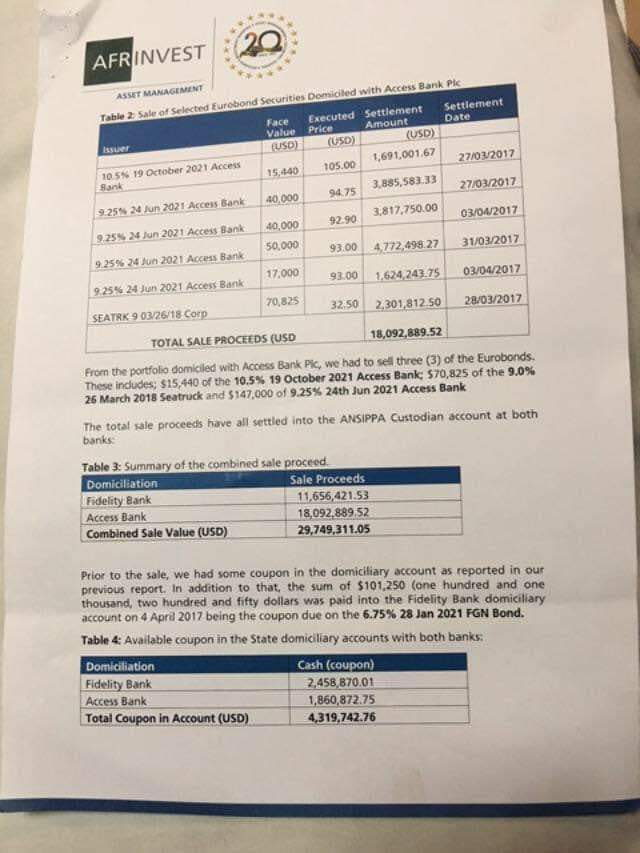 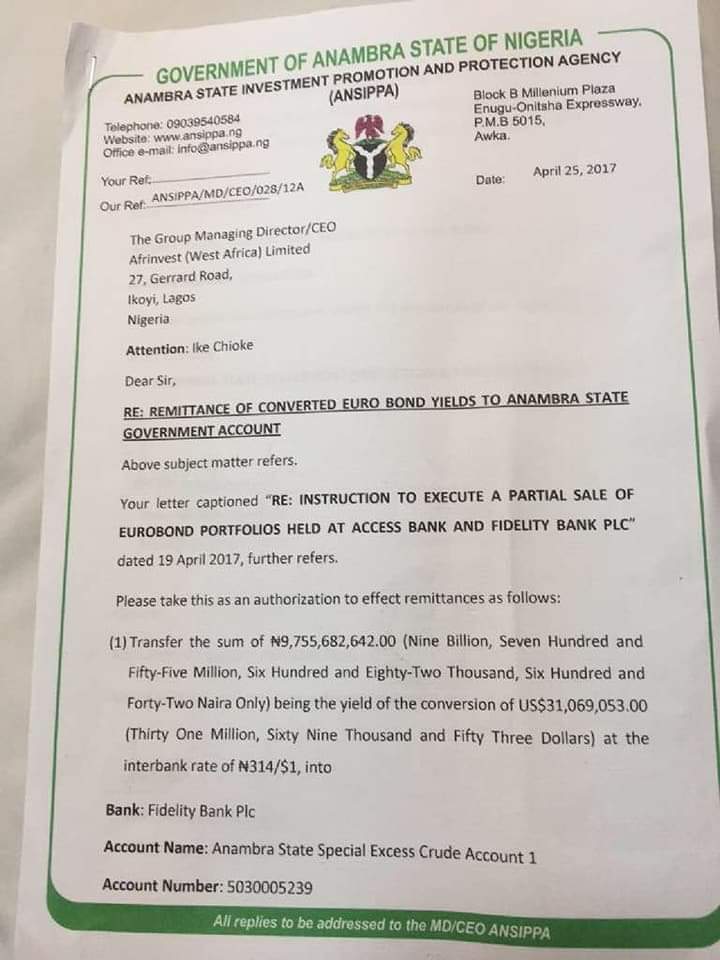 These are funds, Peter Obi could have easily stolen, like many governors in Nigeria shamelessly do.

Show me any servant leader in Nigeria’s history, at least since 1999, who can compare with Peter Obi.

Meanwhile, he did all of this and still chose to deprive himself of ALL benefits and entitlements as an ex-governor, having refused to be receiving pensions and other benefits.

Contrast that with Bola Ahmed Tinubu, who left office with N27 billion in the treasury and a whopping N100billion debt for which his successor increased to over N400 billion.

The self-serving leader also proposed huge renumeration in the form of a juicy package of pension, official accommodation and other for himself for life as seen in the image below.

Dear Citizens of Nigeria, this day life and death has been presented to you, choose life, that both you and your descendants may live. 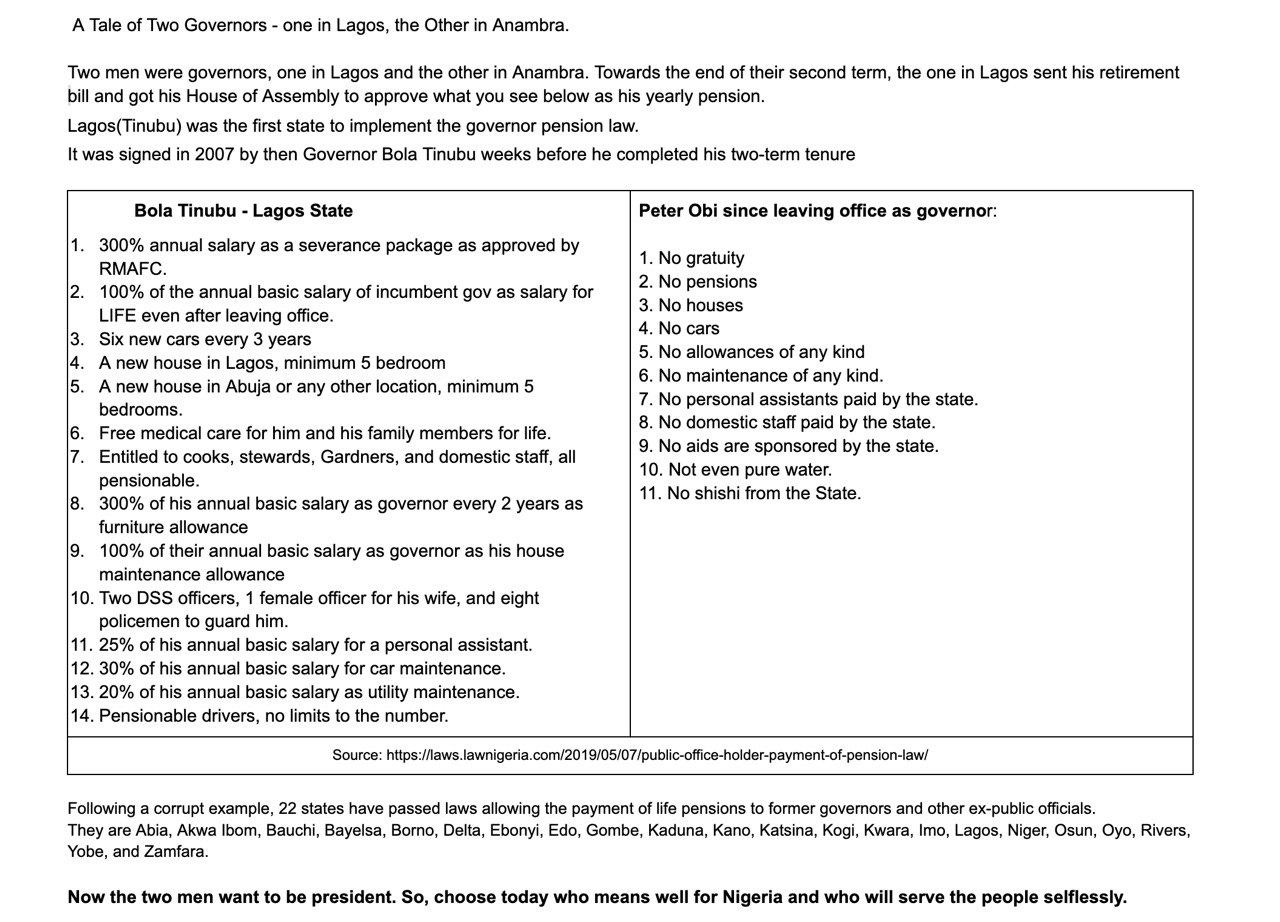 Oyewumi, an entrepreneur and development economist, lives in Lagos

The parable of the Talents: BAT of Lagos vs PO of Anambra!