To boost the transmission of electricity nationwide, the Transmission Company of Nigeria (TCN) has delivered 22 brand-new power transformers, spare parts, and other critical equipment to its Central Store in Ojo, Lagos.
The transformers were part of the imported power equipment that arrived at the Lagos port recently.
The equipment are expected to be delivered at various ongoing project sites for installation across the country, while some would be kept in the store to serve as spares for future use.
The spokesperson of TCN, Ndidi Mbah, said on Tuesday a large number of the equipment still in the store were recently inspected by members of the Governing Board of TCN and Management.

Mbah, who described the huge number of transmission equipment as unprecedented, said they were being moved to project sites for maintenance, new projects, and upgrading of existing transmission lines and substations across the country.

The Technical and Monitoring Committee of the Governing Board led by the Committee Chairman, Nsima Ekere, visited the Ojo Store as part of their two-day visit to the Lagos Region where they inspected key power transmission substations as well as the Ojo Central Store.

After the equipment inspection, Ekere, lauded TCN for the record stock delivery to the store.
“We have seen loads of equipment that gives hope that the new dawn the country has been expecting to see at TCN is here. We saw about 30 forklifts, mobile transformers, reconditioning facilities, all kinds of things, the conductors, isolators, several other equipment and electric scaffold mobile scissors, among others”.

These, Ekere said were “all to improve the capacity of TCN’s efficiency in doing their work. I am convinced that the transmission grid expansion project that TCN is presently executing is ongoing and I must also commend the World Bank and other donor agencies that are helping us with funding.”

With the massive stock of equipment at the TCN central store, Ekere said the capacity of TCN to wheel power is definitely being enhanced.
On the quantum of equipment in the Ojo Central Store, the Managing Director and Chief Executive Officer, Sule Ahmed Abdulaziz, said that most of the equipment were procured for donor-funded projects supported by the World Bank, French Development Agency (AFD), African Development Bank, among others.

Abdulaziz noted that resources have been committed by Donor Agencies, assisting the transmission company in its grid expansion drive, the capacity of the transformers, he said, range from 60MVA up to 150MVA.
“We have not seen this level of massive supply of materials in TCN stores in the past, purely for network expansion and maintenance. We have 150MVA transformers which are very massive and will eventually be connected on our 330kV circuit.
“We have the 100MVA transformers, high-grade cranes and other equipment. It implies that the turnaround time to rectify faults when they occur and the downtime have been reduced,” the TCN Chief said.
He mentioned other equipment delivered to the Lagos store to include circuit breakers, isolators, aluminum conductors, among others, adding that the equipment were what TCN required to ensure the system became more stable.
With these, he said, TCN can now ensure constant maintenance of the grid due to availability of spares.
Also, expansion and prompt scheduled maintenance of the grid, he said, would ensure a more efficient and effective transportation of bulk electricity to distribution load centres nationwide for the benefit of Nigerians.
The projects, when completed, would further enhance the quality and stability of bulk supply as well as longer hours of power supply. 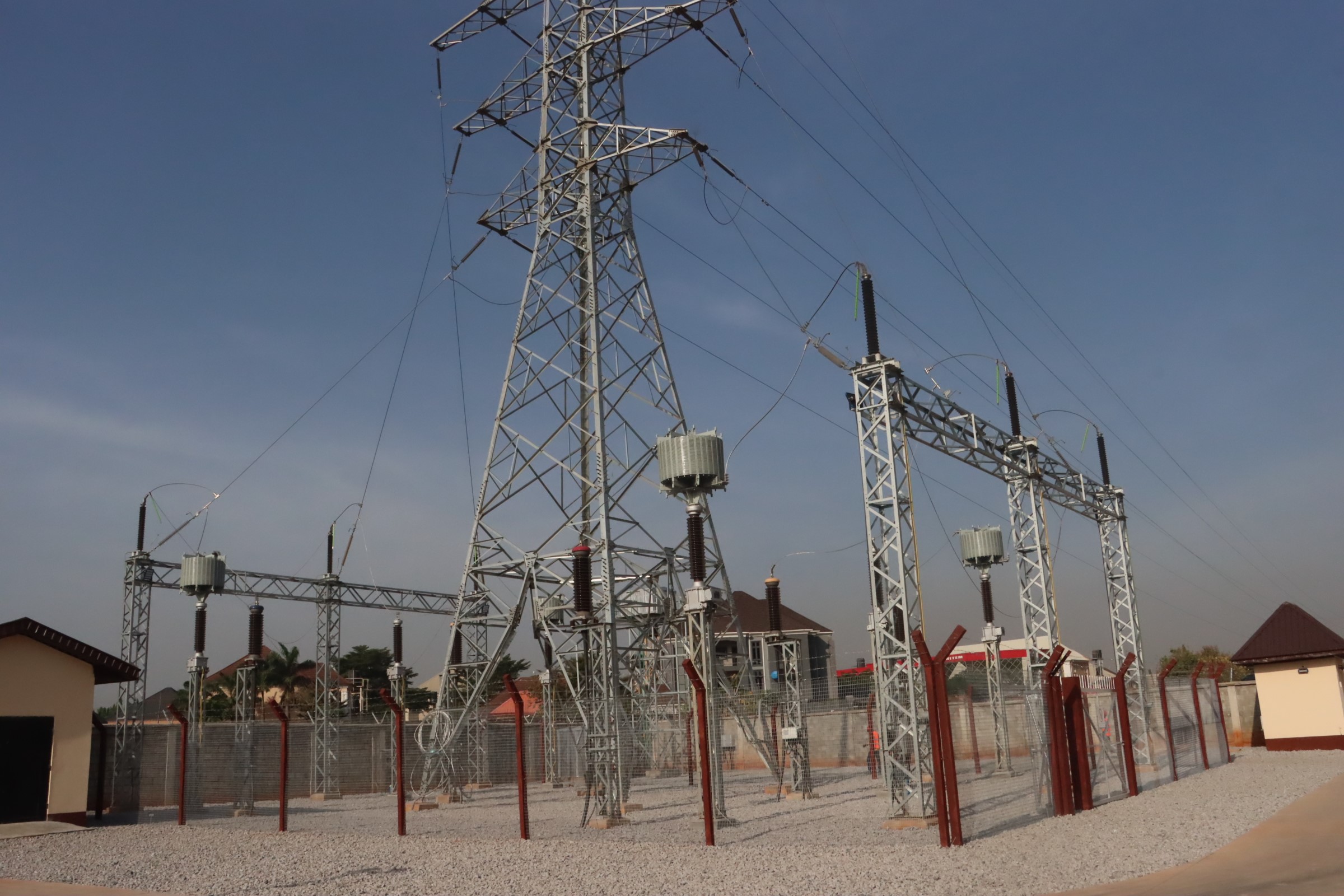 The 132kV transmission substation is one of the five substation projects, comprising the Abuja Ring Projects, funded by Agence Francais de Developpment (AFD).
The substation which has six feeders through which bulk electricity is transmitted to Abuja Electricity Distribution Company’s (AEDCs) load centers, receives bulk supply from the Katampe 132kV Transmission line.
With the connection of the substation to the transmission network, TCN said it added over 98 megawatts to the national grid.

The TCN said other four substation projects were at various stages of completion. Mbah said two of the would soon be energized while the other two are ongoing. Significantly on completion of the entire project, the FCT and environs would have adequate power supply for the next 50years.

The Abuja Ring Project is one of the several projects being executed by TCN to further expand the transmission grid. TCN would not rest on it oars but would continue to work towards further expanding the nations grid, to put in place a very robust transmission network that would continue to efficiently transmit bulk electricity to Distribution load centers nationwide.