Power. Influence. Materialism. Three phenomenal byproducts of political conquest in African clime may never be exhausted as areas of academic research. These monstrous trinity have consistently determined the texture and worth of political governance in Nigeria nay Third world countries since the departure of colonial overlords ! As a collective, it defines who gets what , when, why and how . Nothing happens for something neither can something happen for nothing. Something must happen for a purpose even if altruism is the sacrificial lamb! Last week, the Senate of the Federal Republic of Nigeria refused confirmation of one Lauretta Onochie as a State Resident Electoral Commissioner . The singular reason advanced by the Senator Gaya led committee was that Delta , her home state , has a serving Commissioner, and Onochie’s appointment if given a nod would offend constitutionally entrenched Federal character principle. What an awesome constitutional gymnastics to escape moral deficit in governance. 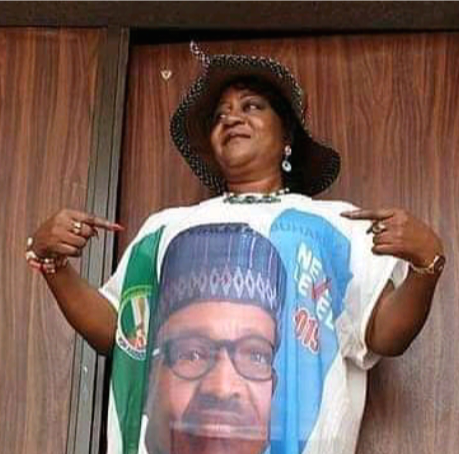 Arguably, the PMB led Federal government has never been hyper sensitive to Federal Character principle in appointments since 2015. The Senate rarely bothers to bother the Executive on any outcry against proven prebendalism. Why start now with sister Lauretta Onochie? Accolades for true leadership cannot and should not be earned from an opportunistic exploitation of an innocuous constitutional advantage. Thunderous applause can only be accorded consistent maximisation of immutable existential values of justice, equity and good conscience. Where was Nigerian Senate when commanding lever of the national security apparatchik was dominated by one or two geo political blocs in the country? Same nepostic trend has continued unperturbed in the composition of Federal Commissions and Agencies . Why must Lauretta Onochie’s case be different? The Nigerian Senate can only earn my kudos if they had jettisoned partisan interest and fear of Executive victimisation, to tell us that Lauretta was not confirmed because of incontrovertible political partisanship both in her distant and recent past! She is a frontline Presidential Aide and a card carrying member of the ruling Party, Q.E.D. This reason retains more water than the nebulous constitutional Federal character principle which has been serially eviscerated with imperial impunity by PMB since 2015 !

Still on matters arising, the Senate same week took partisan interest to an ignoble zenith, when it approved electronic voting but rejected electronic transmission of results therefrom. Like the Millennials in Nigeria would say: THERE’S NOTHING MUSA NO GO SEE AT THE GATE !
How can you separate saimese twins from the stomach but allow the heads to remain joint? What was the reason for the introduction of E- voting in the electoral process? If the sanctity of votes freely given and dutifully recorded informed the yearning for the advocacy for electronic transfer of results, what have we achieved now? Why must our politicians always allow short term political advantage to condition their disposition on efforts to build strong institutions that will outlive them ? A cursory background checks would reveal that most of the Senators and Representatives that fought to jettison eletronic transmission of results never started their political career with their present Party! It appears rosy now to fight to achieve partisan goal(s) in electoral matters . But if the chequered political history of Nigeria has any lesson to teach, the hunter may become the hunted in not too distant future! It was Obasanjo’s Decree on Coup De’ tat that Abacha exhumed to jail him . Same Decree was canvassed and supported by General Diya, Abacha’s second in command, during the trial of Obasanjo . He later became a victim of same Decree during the maximum rulership of his boss! History has a lot to teach. But how many are ready to learn?