The National Bureau of Statistics (NBS) and the Aig-Imoukhuede Foundation have announced a partnership to develop Nigeria’s maiden Public Sector Performance Index, the statistics agency said in Abuja.

At the signing of a Memorandum of Understanding for the project between the NBS and the Aig-Imoukhuede Foundation in Abuja, the Statistician-General of the Federation, Simon Harry, said the Index would for the first time measure the impact public sector activities have on the overall productivity and economic growth of the Nigerian economy, particularly
on the wellbeing of its citizens. 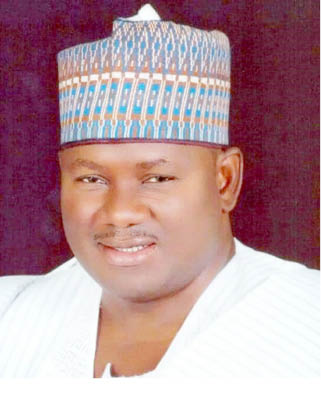 Harry said the Index was being developed by the Foundation in partnership with the Governance and Institutions Policy Commission (GIPC) of the Nigerian Economic Summit Group (NESG) as part of its work to facilitate the transformation of the Nigerian public sector.

At the event, both organizations made long-term commitment to work collaboratively to realise the objectives of the project, to develop the Index and ensure its success.

“This Index aligns with the goal of the National Bureau of Statistics to provide credible statistics on the public sector that will promote evidence-based decision making,” the Statistician-General said.

He said the NBS under my leadership was committed to lending its full support to the initiative by ensuring that it was designed, developed and delivered to global standards, comparable to any other world class index.

This publication, he said, could not have come at a better time, adding that the NBS looked forward to working with the Aig-Imoukhuede Foundation in its quest to transform the performance of the Nigerian public sector.

In her remarks, the Executive Vice-Chair of the Foundation,Mrs. Ofovwe Aig-Imoukhuede, said despite its huge potential, Nigeria has continued to perform poorly across all Human Development Index indicators.

She noted that there was a direct correlation between better performing countries and the efficiency of their public sector, adding that the goal of the Foundation in conceiving the Index was to foster improvement in the Nigerian public sector in order to achieve better outcomes for Nigerian citizens.

This Index, she said, would comprehensively review and provide feedback on the performance of public institutions with a view to identifying success factors for improved public sector performance and providing the government with an objective view of areas of progress and areas for performance improvement.

Also, she said it would also provide citizens with information about public sector performance in an accessible manner and encourage informed national debate on national development issues.

The Chairman of the Foundation, Aigboje Aig-Imoukhuede expressed confidence that the partnership between the Foundation and NBS would facilitate the creation of an Index with legitimacy and wide acceptance to a diverse range of stakeholders nationally and globally.

“This Index is just one of the numerous initiatives we are currently undertaking at the Foundation, to achieve our vision of closing the gap between Africa and the rest of the world,” Aig-Imoukhuede said.

The NBS is Nigeria’s apex statistical agency statutorily responsible for the coordination of the operations of the National Statistical System in the production of official statistics for all the three tiers of government, including all the Federal Ministries, Departments and Agencies (MDAs), State
Statistical Agencies (SSAs) and Local Government Councils (LGCs).

The NBS came into being with the merger of the Federal Office of Statistics (FOS) and the National Data Bank (NDB) as part of the implementation of the Statistical Master Plan (SMP), a programme document of the Federal Government of Nigeria (FGN).

The Aig-Imoukhuede Foundation is a public sector-focused philanthropic organisation founded by Aigboje and Ofovwe Aig-Imoukhuede to improve the lives of Africans through transformed public-service delivery and access to quality primary healthcare.

To achieve its healthcare goals, the Foundation provides funding and strategic support to drive the work of affiliate organisations such as ABCHealth, the Private Sector Health Alliance of Nigeria (PSHAN), the Nigeria Solidarity Support Fund (NSSF), who are all focused on driving access to quality and affordable healthcare.

The partnership and collaboration between both organisations would facilitate the exchange of ideas, expertise, and tools in developing the ground-breaking Index, the first of its kind on the African continent.

The Index Project Manager who highlighted the significance of the publication said: “What you cannot measure, you cannot improve. This Index is being designed to provide a credible, reliable, and robust tool that can lead to a better performing public sector.