The Organization of Petroleum Exporting Countries (OPEC) and their non-OPEC counterparts, which make up OPEC+, on Sunday resolved to extend their agreement to continue to limit their respective crude oil output capacity till December 2022.
The decision was announced at the end of the 19th OPEC and non-OPEC Ministerial Meeting No 21 of 2021 held virtually via videoconference in Vienna, Austria.
The meeting noted the ongoing effort by members to strengthen market fundamentals, with global oil demand showing clear signs of improvement and Organization of Economic Cooperation and Development (OECD) stocks falling, amid continued economic recovery in most parts of the world with the help of accelerating vaccination programmes against the spread of Covid-19 pandemic.
In the communique issued at the end of the meeting, members welcomed the positive performance of participating countries in the Declaration of Cooperation (DoC) on output cut to stabilize the oil market and strengthen oil prices.
They noted that overall conformity to the production adjustment agreement was about 113 percent in June (including Mexico), adding this reinforced their conviction in the trend of high conformity by participating countries in the deal.
In view of current oil market fundamentals and the consensus on its overall outlook, the commuique said the meeting reaffirmed the framework of the Declaration of Cooperation signed on December 10, 2016, which was further endorsed in subsequent meetings, including on April 12, 2020 in the wake of the outbreak of COVID-19.
Consequently, members resolved to extend the output cut deal of the 10th OPEC and non-OPEC Ministerial Meeting of April 2020 until December 31, 2022.
Details of the latest decision showed that members would adjust upward their overall oil production cut by 400,000 barrels per day on a monthly basis starting August 2021 until phasing out the 5.8 million barrels per day production adjustment.
By December 31, 2021, the meeting said an assessment of market developments and participating countries’ performance under the agreement would be conducted to determine the way forward.
The meeting urged the Ministers of the respective member countries to continue to adhere to the mechanism to hold monthly OPEC and non-OPEC Ministerial Meetings for the entire duration of the Declaration of Cooperation, to assess market conditions and decide on production level adjustments for the following month, endeavoring to end production adjustments by the end of September 2022, subject to market conditions.
Effective May 1, 2022, the meeting said the baseline for the calculations of the production adjustments would be adjusted according to the approved distribution table. 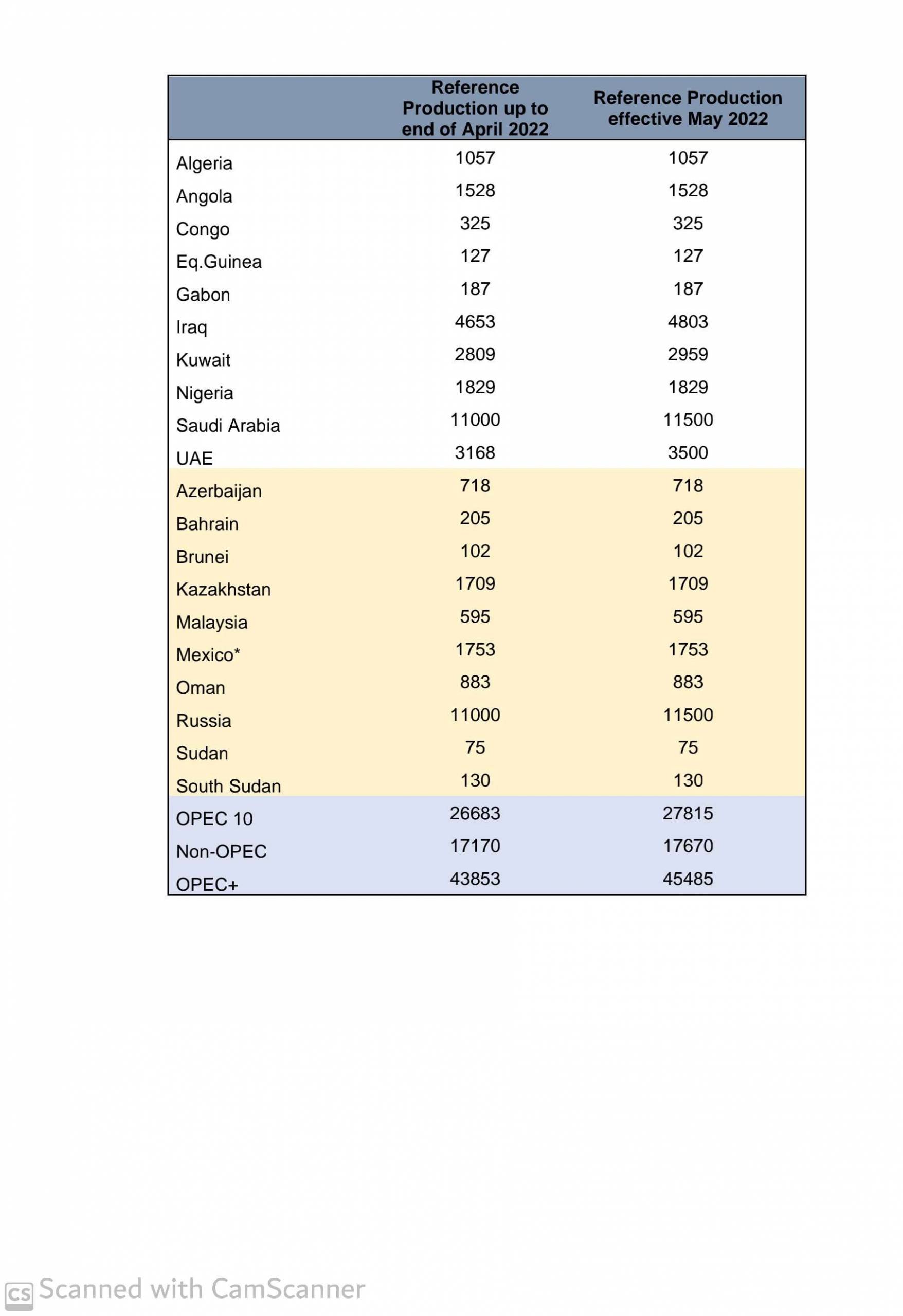