The Nigerian National Petroleum Corporation (NNPC) on Friday insisted there was no plan by the Federal Government government to increase the price of premium motor spirit, popularly called petrol in the country.
the NNPC has already reacted to reports about a new petrol price. In a post on Friday through its official twitter handle, @NNPCgroup, the NNPC said: “#NNPC Insists No Increase in Ex-Depot Price of PMS in March.”
This is coming hours after the Petroleum Products Pricing Regulatory Agency (PPPRA) published on its website what it called a guide to the petrol pricing template for March 2021.
The petrol price guide showed the price of petrol was estimated to increase by more than 31.24 percent, or
about N50.61 from the prevailing pump price of the commodity of N162 per litre.
The PPPRA said the pricing template for the period, February 1 and 28 2021, included the lower price band at about N209.61 per litre, while the upper band is about N212.61 per litre.
The price regulatory agency said the computation was based on the approved average importer & exporter (I&E) Naira exchange rate per dollar of N403.80. 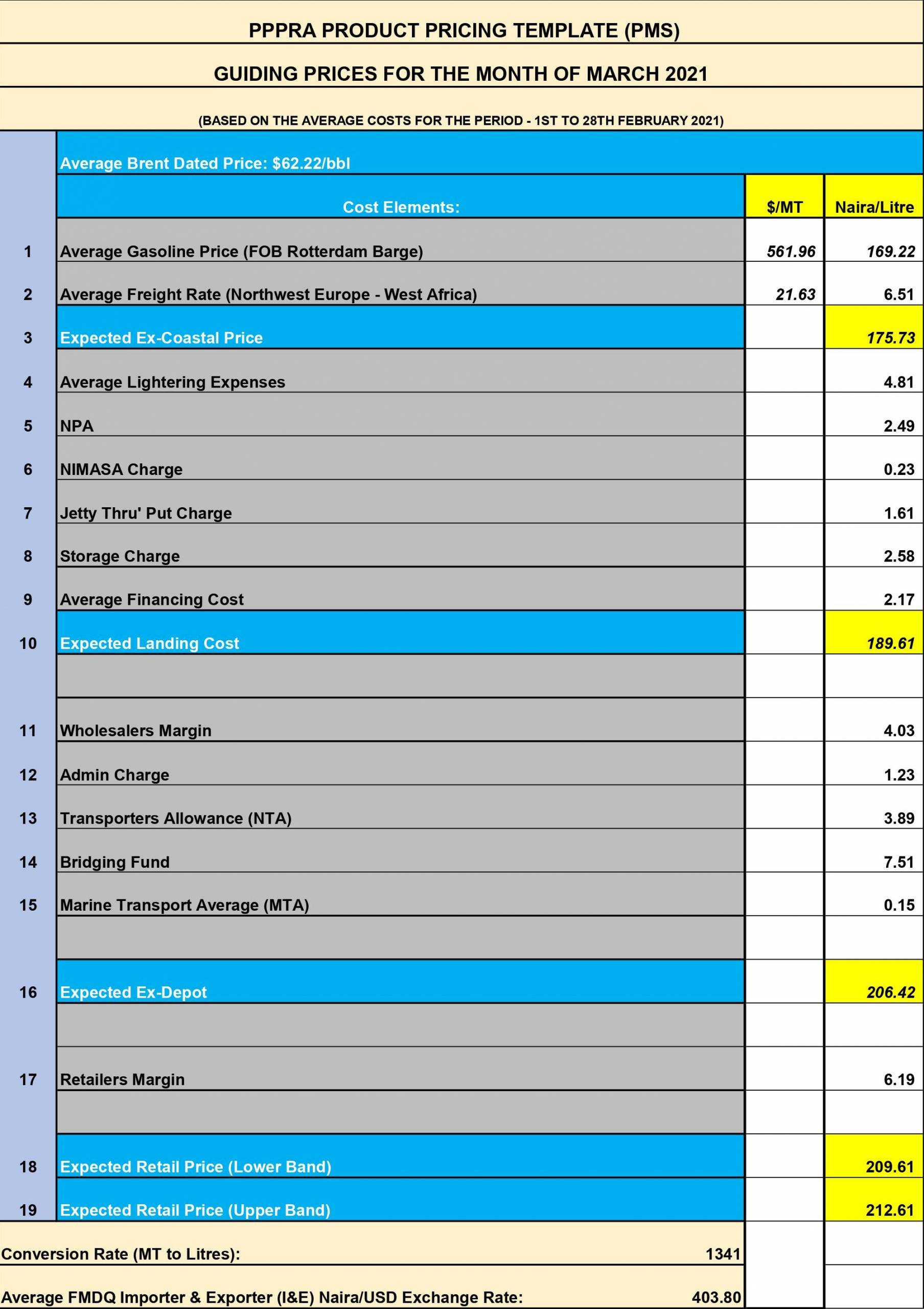 Since the introduction of the price modulation mechanism in the pricing template, the practice is for marketers to be free to sell products at their retail outlets at any price above the lower band and not more than the upper band.
With the latest price guide, the average price for marketers is expected to be about N211.11 per litre.
No price increase, NNPC insists
Last week, in the wake of the sudden return of long queues at most filling stations across the country, the NNPC denied speculations about plans by the government to increase the price of petrol in the country in March.
The NNPC spokesperson, Kennie Obateru, said the government was not contemplating any such increment in the retail price of PMS, as such a decision would jeopardize the government’s ongoing engagements with organized labour and other industry interest groups on an acceptable framework for fuel pricing in the country.
PPPRA pulls down the controversial template
However, hours after news of the latest price increase went round, the PPPRA beat a hasty retreat and pulled down the controversial price guide from its website.
In its place the agency published a notice: “PLEASE BE INFORMED THAT PUBLISHED PRICES ARE ONLY INDICATIVE OF CURRENT MARKET TRENDS.” 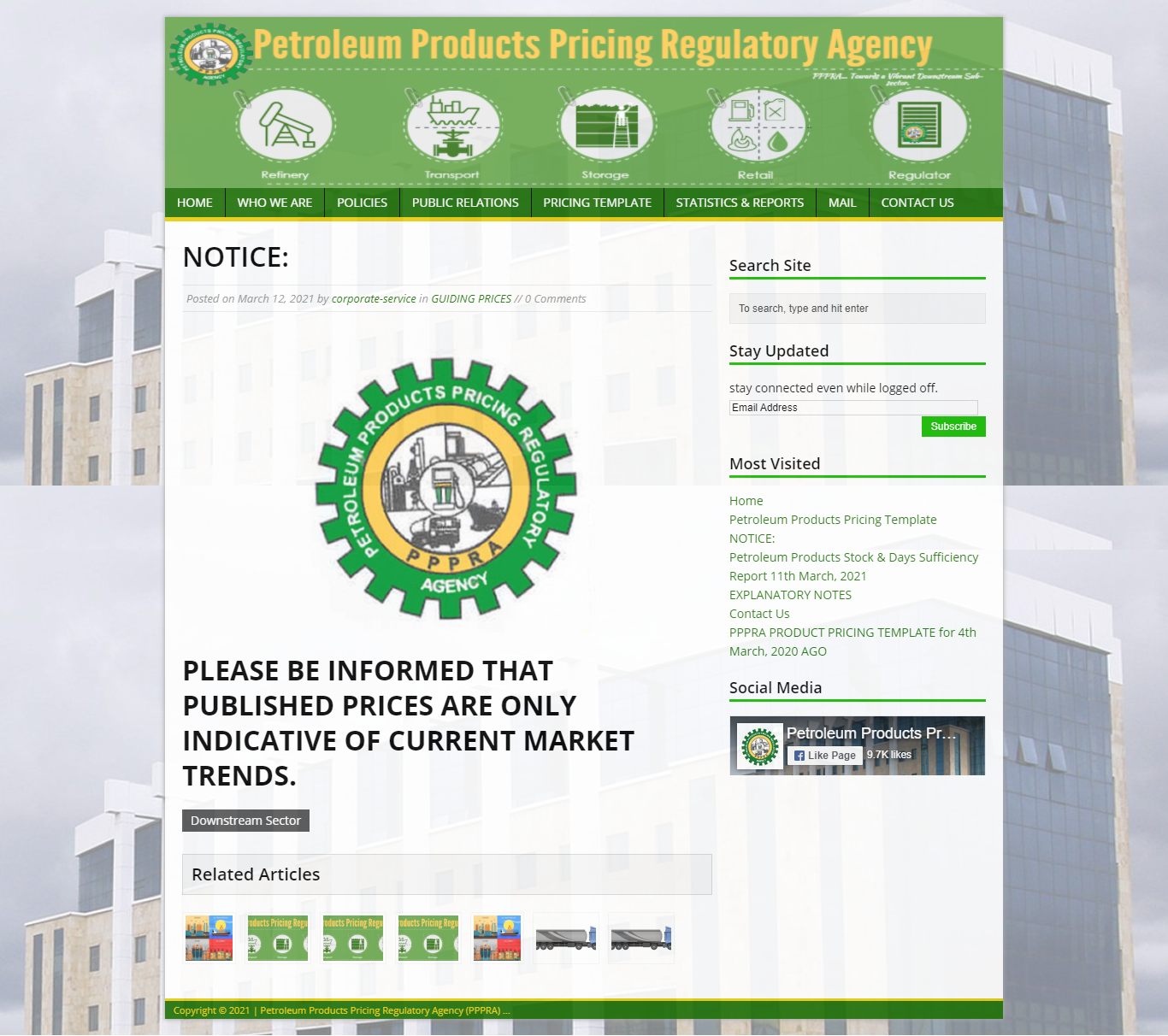 An official of the agency who spoke to MEDIATRACNET on Friday over the ensuing confusion said the publication of the price guide by PPPRA was not an indication of approval by the government for any fuel price increase or adjustment.
The official who requested that his name should not be revealed in view of the sensitive nature of the information said the publication was a mere price guide as part of PPPRA’s role every month to give the consumer the direction of price movement after reviewing the prevalent conditions in the fuel market to give a fair estimated retail price the product could be sold at the pump.