Nigeria’s total debt stock at at March 31, 2022 stood at about N41.6trillion, or $100.07billion, the Debt Management Office (DMO) has disclosed in its latest public debt update published on Tuesday.

The debt management agency said the figure represents the total of the Federal Government’s domestic and external debt stocks, along with those of the 36 States of the federation and the Federal Capital Territory, Abuja.

The composition of the current debt stock, the DMO explained, include new domestic borrowings by the Federal Government to part finance the deficit in the 2022 Appropriation Act; the $1.25 billion Eurobond issued in March 2022, and disbursements by multilateral and bilateral lenders as well as increases in the debt stock of the State Governments and the FCT.

While the total public debt to gross domestic product (GDP) stood at 23.27 percent, which is below the country’s set limit of 40 percent, the DMO said the momentum of the Federal Government to grow and diversify the revenue sources remained a priority, to ensure the public debt was sustainable.

The agency said initiatives to promote these objectives yielded positive results, with actual revenue for the period between January and November 2021 at about N5.51 trillion, or 39.21 percent, more than the N3.96 trillion realized in 2020, while the share of non-oil revenue grew to 80 percent, compared to 61 percent in 2020. 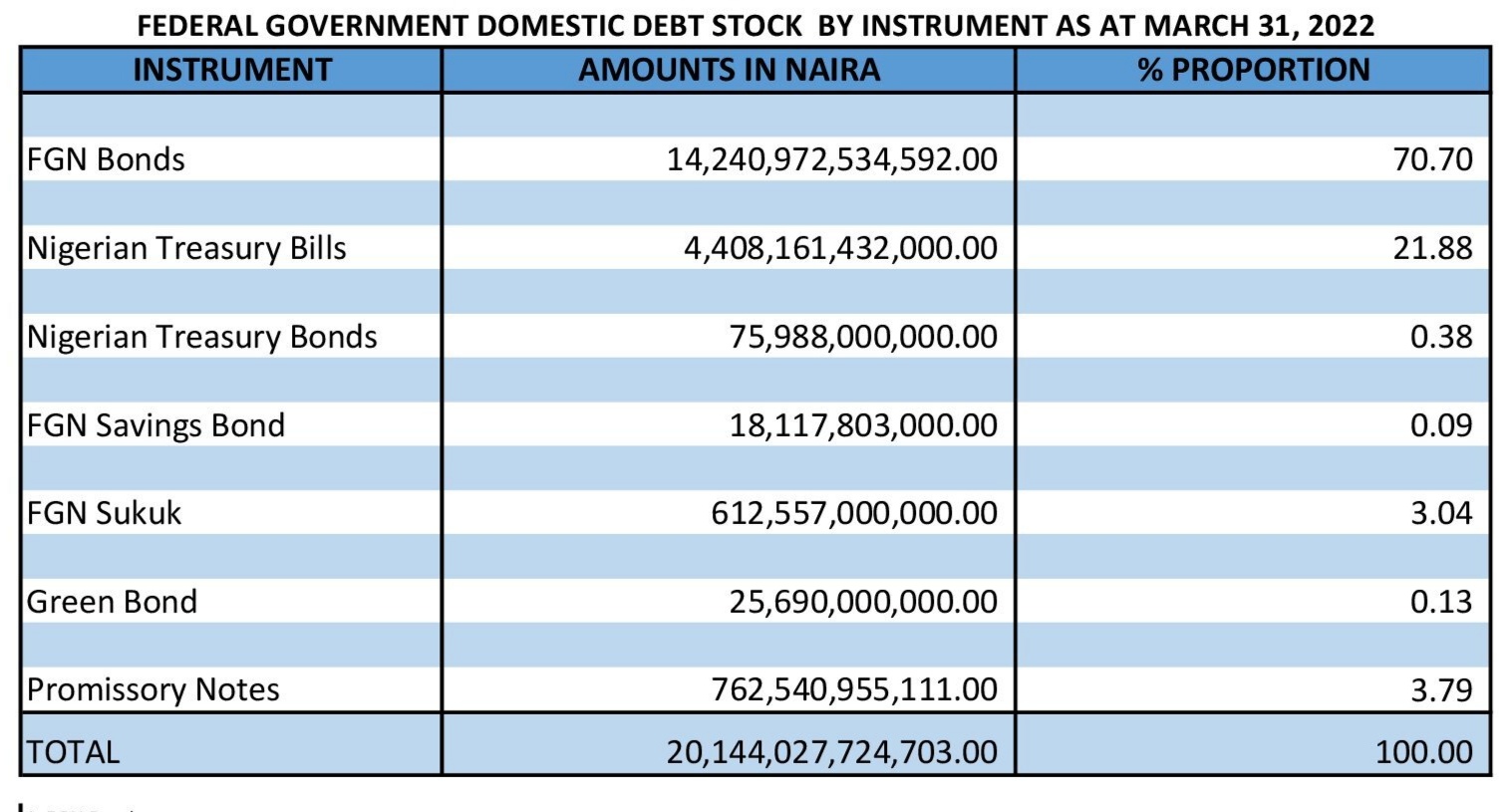 Other details included the country’s total external debt stood at about $39.97 billion, with debt due to multilateral organisations like the International Monetary Fund (IMF), World Bank and their affiliate groups and organizations at $18.96billion, or 47.43 percent; bilateral debts to China Import-Export Bank, Japan, French Development Bank, India EXIM Bank and Germany stood at $4.496billion, or 11.25 percent; commercial debts from Eurobonds and Diaspora bonds stood at about $15.92billion, or 39.83 percent, while promissory notes stood at $597.75 million, or 1.50 percent. 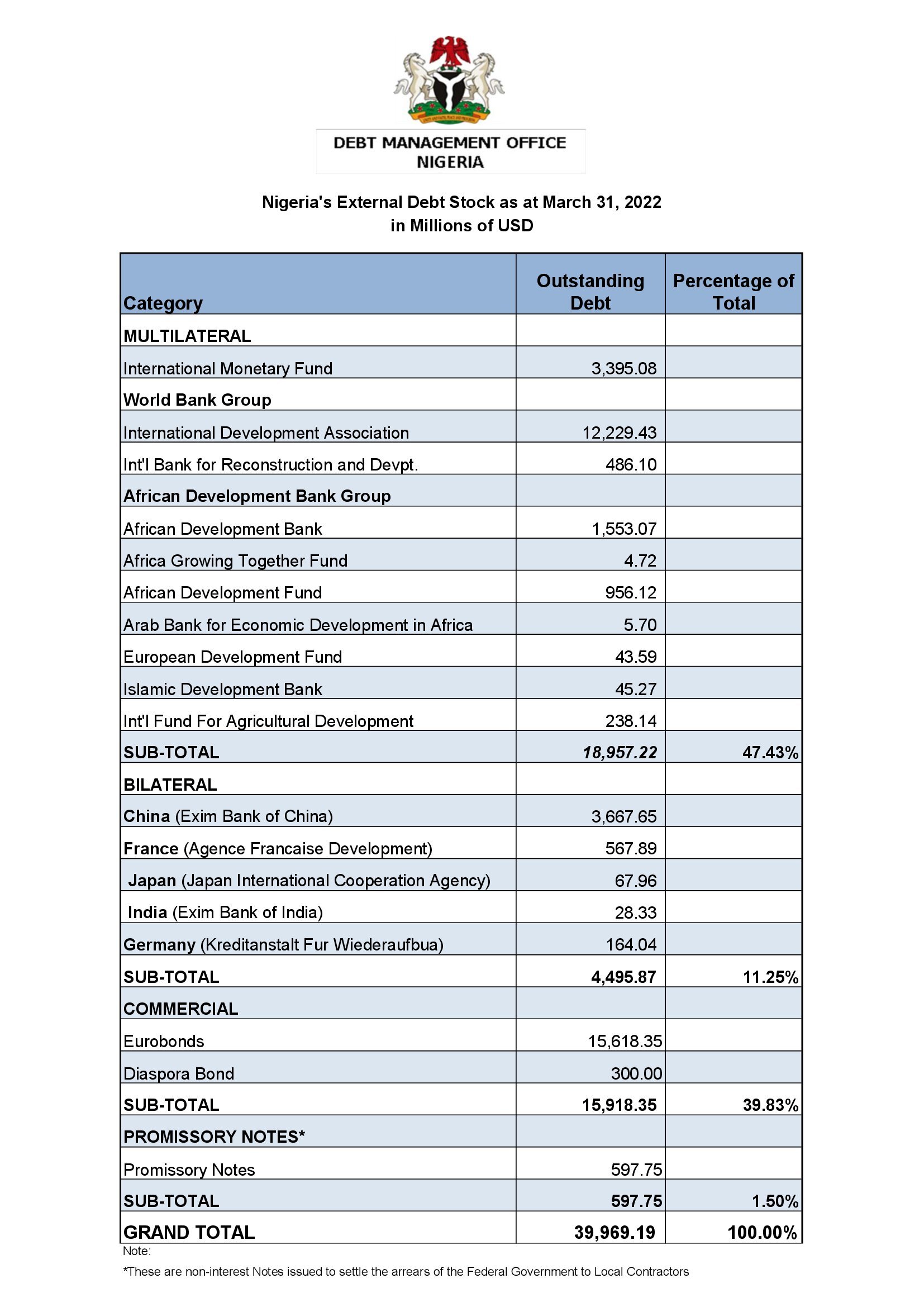 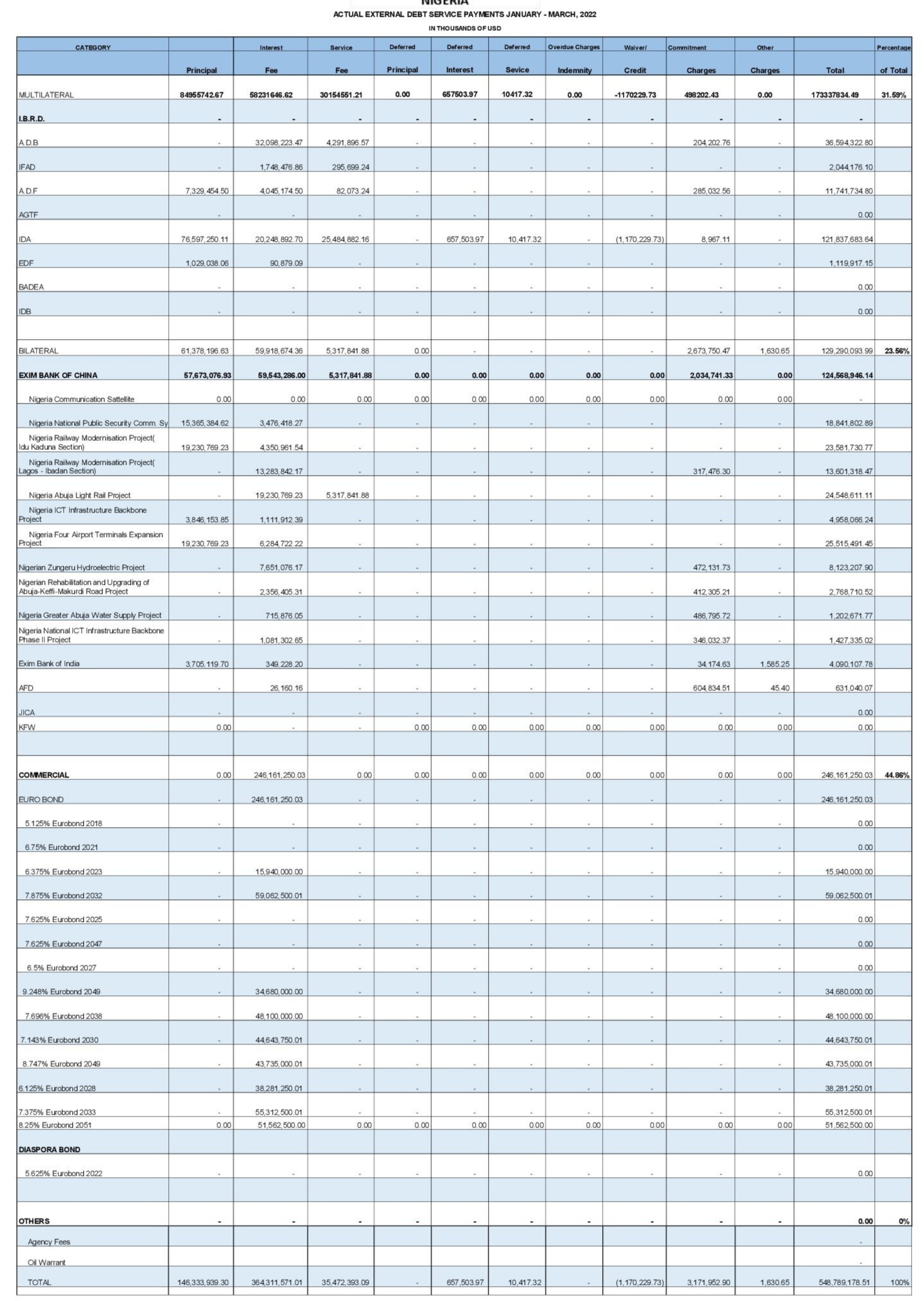