MEDIATRACNET
The federal government has been spending about N60 billion annually on repairs and maintenance of vandalized points on the oil and gas pipelines, the Minister of Information and Culture, Lai Mohammed, said.
Mohammed who spoke at a Town Hall meeting on Protecting Oil and Gas Infrastructure in Abuja, on Monday said the wanton damage to oil and gas pipelines resulted in the loss of an average of 200,000 barrels of crude oil per day.
But the Minister of State for Petroleum Resources, Timipreye Sylva, who was represented at the event by the Group Managing Director (GMD) of the Nigerian National Petroleum Corporation (NNPC), Mele Kyari, said incidents of attacks on oil pipelines in the country has dropped by about 85 percent in seven years, from 623 in 2014 to about 94 in 2021.
Sylva attributed the significant drop in the level of pipeline vandalism to a series of interventions and engagements with various groups by the government, both at national and sub national levels, including with members of the Armed Forces.
The meeting was also attended by the Ministers of Environment, Mohammad Abubakar and Niger Delta Affairs, Godswill Akpabio. 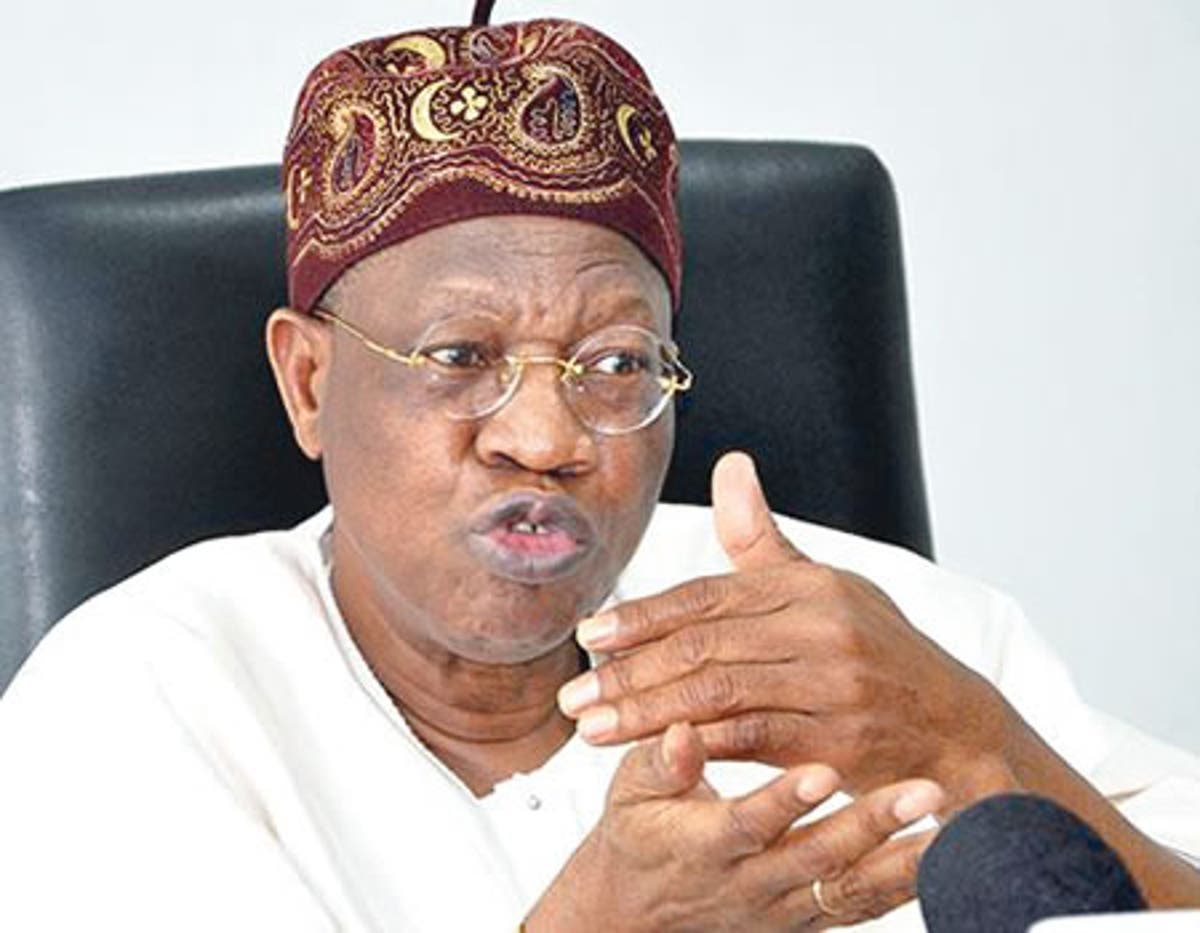 In his intervention during the panel discussion, Mohammed said between January 2019 and September 2020, about 1,161 pipeline points across the country were vandalized.
He said the meeting was to create in the public mind that government properties were indeed citizens’ property and so must be protected for the benefit of all.
He said the meeting was also to sensitize the host communities of the infrastructure to be conscious of the import of protecting them and exposing all those who engage in buying pilfered infrastructure items along with those who bring such to them to sell.
Mohammed said the event was also to sensitize the larger citizenry to support the widespread campaign on the protection and ownership of public infrastructure and assets.
“Apart from the impact on the nation’s earnings, consider also the environmental problems caused by the incessant vandalism, in terms of freshwater pollution, air pollution, soil pollution etc., you will appreciate the enormity of the problem,’’ Mohammed said.
With oil providing 80 percent of Nigeria’s budgetary revenues, and 95 percent of foreign exchange earnings, the Minister said the impact of the incessant destruction of oil pipelines on the economy was humongous.
The destruction of public infrastructure by some unpatriotic Nigerians calls for great concern, as they are at the very core of economic growth and national development.
“To have railway tracks subjected to wanton destruction, bridge railings removed, manhole covers pilfered is antithetical to development. Having street lights and other power infrastructure, oil pipelines, telecoms facilities and critical aviation infrastructure damaged or stolen do not augur well for our growth and development,’’ he said.
He accused some unpatriotic elements behind the vandalism of critical infrastructure of trying to thwart the laudable efforts of President Muhammadu Buhari’s administration.
“It is common knowledge that Nigeria has long suffered massive infrastructure deficit due to decades of neglect, population explosion, and the absence of maintenance culture.
“But since coming into office in 2015, the Muhammadu Buhari Administration has embarked on a rapid economic growth with equity.
“The administration has equally prioritized human capital development through enhanced social services and infrastructure development. In spite of a drastic drop in revenues and competing priorities, especially that of tackling insecurity, the administration has invested heavily in providing new infrastructure, in addition to reconstructing and rehabilitating existing ones,’’ he said. 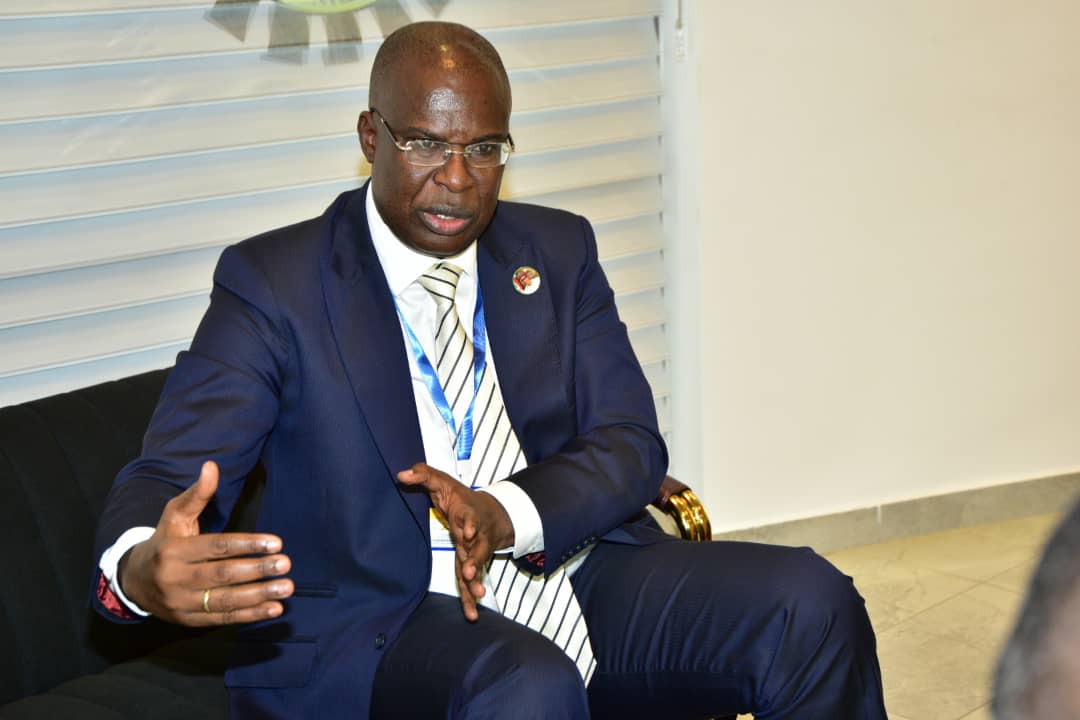 However, in his presentation, Sylva said the incessant incidents of attacks on oil and gas pipelines across the country have reduced significantly by about 85 percent since 2014.
The Minister who identified the attacks on oil and gas pipelines as the main reasons why increasing oil and gas production has remained challenging in recent times.
“The first challenge is under-investment. You may genuinely not be able to put your money into it, for fear of suffering losses as a result of attacks. Secondly, you may have the money and not be able to risk it, due to activities of vandals, which can actually stop you from increasing your production. This has been a challenge in our environment.
“However, I can confirm to you that it is not all bad news, because from 2015 till today, we have a calmer Niger Delta region to operate.
“We have far fewer issues on vandalism on our facilities than our access. That means the impact of attacks on our facilities has significantly reduced,” he said.
Sylva noted that this did not happen suddenly, but was the outcome of a
He said there were significant collaborations among the agencies of government and security outfits in the country that helped in checking the activities of vandals.
The Minister further identified two types of vandals, namely those who are genuinely aggrieved and seen to be in activism, and those who do it for the purpose of stealing – both of whom constitute a national problem.
“In 2014, we had 623 attacks on our pipelines. Today, in 2021, we only have 94 attacks. Once there are attacks on our facilities, it pollutes the environment, creates a new set of problems for us and we stop worrying about revenue and worry about the environment.
“This is because some of them are innocent and can’t find clean water to drink and can’t go to their farms. The issue of attacks on oil and gas facilities is a huge concern to all of us, because it affects all of us and we can do something by communicating appropriately,” Sylva said. (NAN)