The Federal Government on Saturday restated its commitment to see to the completion of the Brass Liquified Natural Gas (BLNG) project after being abandoned for over 17 years.

The Minister of State Petroleum Resources, Timipre Sylva, who reiterated government’s determination to the completion of the project, said at the moment focus was on seeking new investors to revive the dream.

Sylva, who spoke during his inspection visit to the project site, in Twon Brass, Bayelsa State, was accompanied by members of the top management of Greenville LNG, a company that has indicated interest in investing in the project.

Sylva said the government was desirous in completing the project in view of the manifold economic benefits it would bring to the nation’s economy.

The BNLG, which has trains 1-4 concept, with an annual projected capacity of 8.4 million metric tons, was initiated in 2005 with the ground breaking ceremony performed by former President Olusegun Obasanjo on May 14, 2007.

The Minister, who was joined on the tour of the project site by the Chairman of Greenville LNG, Eddy Van Den Broeke, and Managing Director, Ritu Sahajwalla, said the Federal Government would give the project top priority, considering its present policy thrust in gas exploration and development in the country. 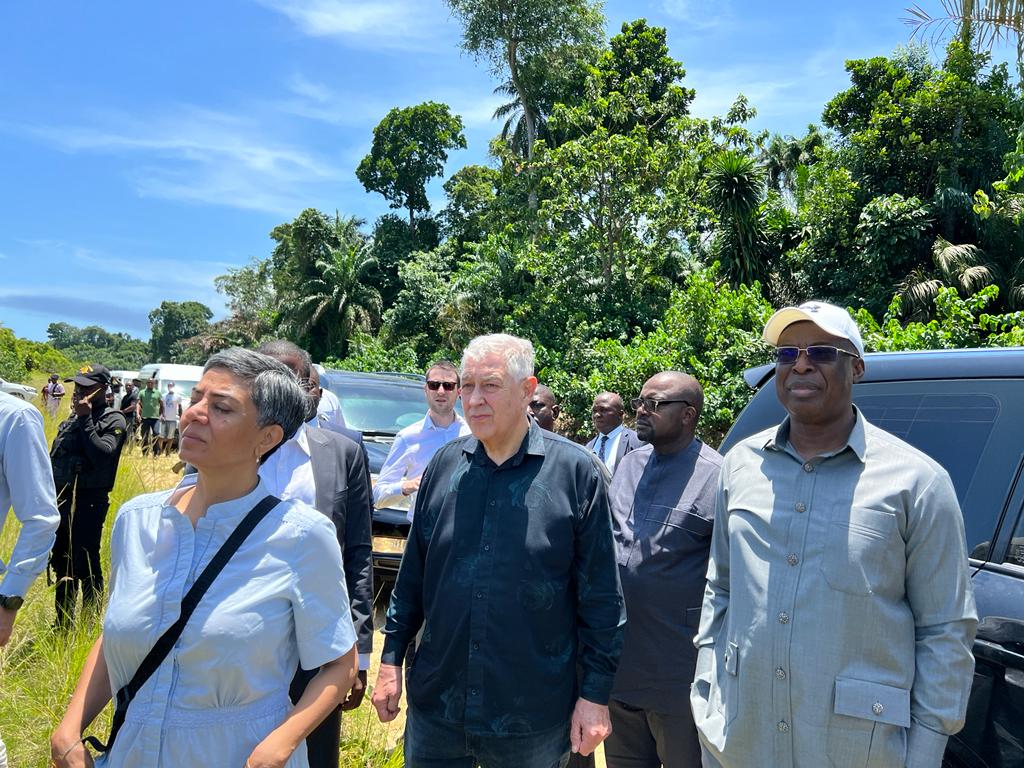 “You know the direction of the Federal Government as far as gas is concerned. We want to use gas as transition fuel and also to use it to diversify the base of our economy. You know that with gas, one can get so many things, and I have said that we can truly diversify our economy through gas,” he said.

The minister, who acknowledged the challenges faced in successfully executing the project in the past, noted that the government would do everything possible to encourage Greenville NLG investment in the multi-billion dollar project.

“We want this project to pull through this time. We will do everything possible to ensure that the Final Investment Decision (FDI) is taken as soon as possible.

“Greenville NLG is a major player in this sector, and we know that they are committed to ensuring that the take-off of this project is achieved. We will continue to discuss and offer the necessary incentives to get this project off the ground,” he said.

While commending President Muhammadu Buhari for creating the enabling environment for businesses in the country, the minister urged western nations to shore up their investment interests in the oil and gas sector in the country.

Lamenting the speed at which investments were pulled out of Nigeria in the past, Sylva said this seriously hampered the growth of the sector, which is better positioned to contribute significantly to the quest for global energy security.

“We are calling for more investments in the hydrocarbon sector of the economy, especially in gas from European investors. We are encouraging companies interested in gas to do so, as Nigeria is endowed with sufficient reserves of gas to help resolve their energy supply crisis. We are encouraging anyone with capacity to bring in their investments in the sector,” Sylva said.

Originally, partners to the project included Conocophillips, which was the technology provider, technical partner and licensor of the project with 17 percent equity.

The decision by Conocophillips to pull out of the $20billion project as a result of disagreement over its financing, and the inability to find
a replacement, stalled further progress on the project implementation, particularly the Final Investment Decision (FID).

The major challenges have been concerns over technology specification, lack of expertise, inadequate funding and relative uncertainty in the country’s oil and gas industry.