Matrix Energy Exploration and Production Company Limited has promised to deploy its vast experience in the downstream sector of the petroleum industry to add value to its operations in the upstream industry.

The licenses were issued at the end of the 2020 Marginal Oil Field Bid Round in which the successful bidders jostled for stakes in the 57 marginal oil fields on offer by the Federal Government.

The marginal oil fields relinquished by the existing multinational oil companies in the country were put on offer for bids by indigenous operators as part of the government’s deliberate policy to encourage more involvement and participation of Nigerians in the exploitation and development of the country’s oil and gas resources. 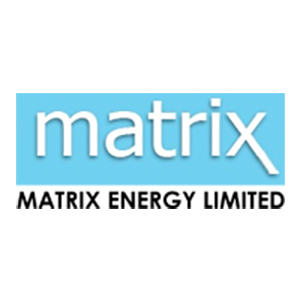 Matrix Energy, along with its partners, were awarded two licenses to explore and develop the Atamba oil field located in oil mining lease (OML) 42 and Igbomotoru oil field in OML 33 in the Niger Delta region.

After the official presentation of the licenses on Tuesday, the Group Managing Director/Chief Executive Officer, Matrix Energy Group, Abdulkabir Adisa Aliu, expressed the determination of the company to replicate its positive performance in the downstream sector of the petroleum industry in its operations upstream.

Aliu said since the ultimate dream of every player in the downstream sector of the petroleum industry was to progress into the upstream sector, his company was determined to take full advantage of the opportunities the award would offer to the betterment of the country’s economy.

He said with Matrix Energy as one of the companies that was privileged to be awarded two of the licenses to operate in the upstream, the company was determined to do its best to bring value to the assets assets as soon as possible for the benefit of the industry and country.

“We are aware that the upstream industry is more challenging. But we are also aware that there are a lot of opportunities to contribute to the growth and development of the industry, in particular and the country in general.

“As an oil producing country, it is best for the operators to ensure they take advantage of the current rising price of crude oil at the International market by ensuring the country meets its production quota at all times.

“For us in Matrix Energy Group, we will do our best to ensure we contribute significantly to the national oil and gas output and reserve aspirations as well as the overall betterment of the country,” Aliu said.

He said Matrix Energy was very satisfied with the outcome of the entire bid process right from its beginning in 2020, saying the latest exercise was much better than what happened in 2003 and shows the high level of interest among investors.

After paying the signature bonus, he said the decision by the government to select those companies that not only have the financial capacity, but also those that have done well and distinguished themselves with their technical capacities in their respective industries, made all the difference.

On the next line of action, the Matrix Energy Chief said the presentation of the company with the prospecting license marked the beginning of the journey to first oil.

“With three years given to the licensees to complete exploration work on the prospecting side of the license before going to mining and development, we will do our best to ensure we bring value to the license as soon as possible,” he said.

He expressed delight for his company to have emerged as one of the licensees, adding that since the company excelled in the downstream sector, it would work to justify the confidence reposed in it as one of the best indigenous companies operating in the upstream industry.

On how the company plans to overcome the challenges in the industry to achieve set targets, Aliu said having gone through the first stage of completing the bid process and collecting the operating license, the company’s focus would shift to the field, to deploy its expertise and competences to get to first oil as soon as possible.

He acknowledged the challenges operators face doing business in the Niger Delta region, and pledged to rely on the company’s wealth of experience as a downstream industry player in the region since 2010 to overcome the challenges.

He said with the assurances by the Minister of State for Petroleum Resources, Timipre Sylva, about the readiness of the regulatory authority, the Nigerian Upstream Petroleum Regulatory Commission (NUPRC) to support the operators in resolving any challenges they may encounter, the company was confident that it would overcome all challenges to achieve its objectives in the interest of the industry and country.