When Martin Luther King Jr, the youthful African American Baptist minister and civil rights activist stood outside the Lincoln Memorial in Washington DC to make his now historic “I Have A Dream” speech during the March for jobs and freedom in August 28, 1963, it was a mere dream for change and hope for a new America.
Through non-violent advocacy and strategic civil disobedience, Reverend King dared to dream of a new America that would “rise from the dark and desolate valley of segregation to the sunlit path of racial justice; …“from (the) quicksands of racial injustice to the solid rock of brotherhood; … “to make justice a reality for all of God’s children.”
But years after his gruesome murder, his death could not extinguish the flame of his dream. Till today, the world still embraces the virtues of his dream as they celebrate him every year.
MLK activism and #ENDSARS protest
On January 15, 2021, as the world celebrated yet again the legacies and memory of the young Baptist activist-dreamer, Nigerians joined in the global remembrance.
The MLK remembrance only stirred a reawakening of a national consciousness that provoked soul-searching questions on how Nigerian youths could make their agitation under the #ENDSARS non-violent movement of October 2020 count for something more historic for the country’s future.
#ENDSARS may have been a national youths’ outrage against the rein of impunity, brutality and corruption in the country’s security architecture represented by the Special Anti-Robbery Squad (SARS) of the Nigeria Police. But it meant more than that.
#ENDSARS was a demand for change like what Martin Luther King Jr demanded of America. #ENDSARS was when Nigerian youths buried their socio-cultural and ethno-religious fault lines, forgot their differences that keep the country permanently divided, to pursue a common cause for a national rebirth.
From city to city, town to town, and hamlet to hamlet, the youths organized, mobilized, marched and spoke as one indivisible people united by a common non-violent craving for change.
The message of the #ENDSARS movement was clear: Nigerian youths want an end to bad governance, maladministration, oppression, suppression of human rights, impunity and abuses, mediocrity, corruption, and injustice.
IVLP Alumni remember MLK
As part of events to commemorate the 2021 Martin Luther King Jr’s Day, the Nigerian section of the United States International Visitors Leadership Program (US IVLP) Alumni Association in Abuja held a virtual event in collaboration with the United States Embassy in Nigeria.
Themed: “Moving Forward; Inspiring Youth Leaders”, the event provided an opportunity for distinguished alumni of the US IVLP in Nigeria to recount in few minutes how they have been deploying their experiences to impact their society.
IVLP Alumni are persons selected over the years every year by the United States government through the Embassy based on their achievements and impact in their various fields of professional callings in Nigeria to participate in a three-week intensive visitors programme in the United States.
During the visit, participants are exposed to opportunities to travel across important cities in United States; visit key public institutions to interact with senior government officials in the legislature and bureaucracy as well as their colleagues on various issues, ranging from democracy, human rights, community development, good governance to professional practices and culture.
Making the #ENDSARS protest count
At the MLK event, the special guest speaker, a distinguished alumnus of the IVLP, a lawyer and Founder YIAGA AFRICA, Samson Itodo, spoke on four things that would help Nigerian youths to translate the gains of the #ENDSARS protest into concrete actions for good governance in Nigeria. 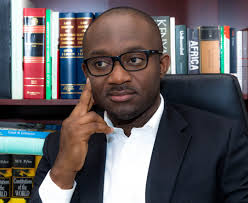 Prior to being selected by the US Embassy to participate in the IVLP, he said he nursed a dream to become a medical doctor. Although the dream did not materialize, he said he opted to study Psychology and Social Work in the university.
During his National Youth Service Corps (NYSC) year in 2013, Mr Chidebe said he decided to develop a cancer awareness outreach programme to provide free cancer awareness services to the communities.
Initially, he said Project PINK BLUE began as his NYSC personal community development service during the service year.
However, before the end of the service year, Mr Chidebe said the reality of the seriousness of this health challenge in the communities and the dearth of attention to the people who suffer from it moved him to take it up as a major pre-occupation to create awareness in the communities.
He said he later registered the initiative with the Corporate Affairs Commission (CAC)in December 2014 as a non-profit Health & Psychological Trust Centre with the objective of creating awareness of the health challenges and the solutions to the people in the communities.
Through the programme, he said he earned the invitation to travel to the United States for the IVLP where he had the opportunity to interact with other people around the world involved in similar advocacy initiatives.
While in the US, he said his inspiration to pursue the initiative took a different dimension when he stood on the same spot Martin Luther King Jr stood at the Lincoln Memorial ground in Washington to deliver the iconic “I Have A Dream Speech”, in 1968.
Ever since he returned to Nigeria, Mr Chidebe said there has not been any turning back on the pursuit of his pet dream.
“Today, we have reached out to millions of people, including doctors, and nurses we have been training across Nigeria. As a result, we have been honoured with many awards, four of such in 2020 alone, out of which two came from the US government and the others from organizations across the world. We have traveled to many places we never dreamt of visiting in our lifetime,” he said.
Consistency as a virtue
One virtue Mr Chidebe wants Nigerian youths to imbibe from him is to remain consistent with their dreams till they see the change they want to see in Nigeria.
For him, he said he would continue to hold fast on to his dream of the change he desires to see in the healthcare system in Nigeria and in the world.
Like Martin Luther King Jr. said, Mr Chidebe believes of all forms of inequalities, injustice in healthcare is the most shocking and inhuman.
In Nigeria today, he says Lassa fever has killed over 5,000 people every year since 1969. Yet, no vaccine has been found, with more people dying of the fever.
“Every day, 26 women die of cervical cancer. Healthcare should be taken as a human right, the same way we perceive democracy. We should speak about healthcare the same way we speak and fund democratic institutions and issues. It is only a healthy human being that can rule or fix a broken country,” he said.
“I Have A Dream for Nigeria” contest
To give Nigerian youths the opportunity to dream about a new Nigeria they want to see, the Abuja Chapter of the IVLP Nigeria, as part of the Martin Luther King Jr commemorative celebrations, launched the “I Have A Dream for Nigeria” video contest for all Nigerian graduates.
Contestants in the short video contest stand a chance of winning one of three new smartphones on offer.
To participate, contestants, who must be Nigerian graduates, are expected to record a 90 seconds video of an inspirational speech on their dream for Nigeria in 2030 and upload in their social media handles with the hashtag #ihaveadreaming or #IVLPAANMLK2021 for Nigerians to comment and like them.
After the January 31, 2021 deadline for submission of entries, the top five videos with the highest likes and reactions would be selected for the grand finale. 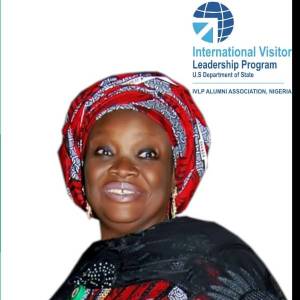 Commenting on the short video contest, the President of the IVLPAAN Abuja, Hajiya Raheemat Momodu said the objective of the contest was not only to create an opportunity for Nigerian youths to have the kind of dream of Nigeria that Martin Luther King Jr had of America that translated into the America of today but for them to share such dreams of a new Nigeria they desire to see by 2030.
“As alumni of the IVLP who were privileged to travel to the United States to interact with other participants from other countries of the world, we saw and learned about a democratic America that Martins Luther King Jr dreamt of.
“We want to see how our youths would have similar dreams and join in the next democratic process to bring about a new Nigeria of equity and justice for all Nigerians. Everyone is talking about the success of the #ENDSARS protest in October last year. How do our youths make the success of that event count for something great in the next political dispensation?” Hajiya Momodu said.