The Nigeria LNG Limited (NLNG) recorded another leadership change on Friday in Port Harcourt with the formal handing over of the symbolic NLNG management key by the former Managing Director/Chief Executive Officer, Tony Attah to his successor, Philip Mshelbila.
The ceremony effectively marked the end of the rein of Attah as the helmsman at the NLNG and the commencement of the tenure of Mshelbila.
The change of baton was witnessed by members of the NLNG Board and other interest groups, including the Governor of Rivers State, Nyesom Wike and his Edo State counterpart, Godwin Obaseki.
The NLNG Board Chairman, Edmund Daukoru, and other members of the Board as well as NLNG Senior and Extended Management Team also witnessed the occasion, apart other dignitaries in Nigeria’s oil and gas sector, including the Executive Secretary, Nigerian Content Development Monitoring Board (NCDMB), Simbi Wabote.
In his farewell remarks, Attah thanked the NLNG staff and partners for their support and help to him to achieve the company’s set goals during his tenure, describing it as a collective success.
The former managing director of the company who described his five years rein at the helm of affairs at the company as “foundational”, said the earlier ambition of the company was to build only two trains, referred to as the Base Project.
However, he said the ambition has since grown into the decision to build Trains 3,4,5, and 6, before going into a long break for 15 years.
“We pressed reset, released the ‘pause’ button, and got Train 7. But Train 7 is about the same capacity as Trains 1 and 2. For me, Train 7 is another base project, and we should go on to build other trains. I strongly believe we will,” he said.
Receiving the NLNG management key from his predecessor, the successor Managing Director/Chief Executive Officer of NLNG, Mshelbila, said he was honoured to lead the Company at this period of its growth and expansion, pledging to ensure the NLNG remained the leading LNG company in Africa and Nigeria’s most successful business model.
“It is with a great sense of responsibility that I stand here today, honoured to be the Managing Director of NLNG. The challenge before us is huge in a world marked by uncertainties and transitions, but I am not daunted.
“I am not daunted because I stand with a set of seasoned senior and extended management teams who are worth their weight in gold.
“I am not daunted because, together with the management team, we have as members of staff, people who possess the right acumen and resilience, with deep passion and commitment to move Nigeria LNG forward.
“These are the people who build the Company to where it is today. I am humbled to lead them today.
“We will complete Train 7 and take more FIDs (final investment decisions) to secure our place in the global market. We will complete the Bonny-Bodo Road and so many other social projects to fulfill our vision of helping to build a better Nigeria,” he said.
The Rivers State Governor, Wike who conferred on Attah the second-highest honour in Rivers State, said the country was in need of technocrats like him.
Wike said the former MD stood firm and made NLNG a great company, adding that NLNG and Rivers State would never forget him. 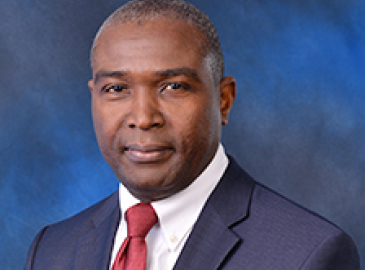 For Mshelbila, Wike said he believed his tenure would achieve more, urging him to continue from where Attah left off.
The NLNG Board Chairman, Daukoru commended Attah for performing to expectation and overcoming the challenges posed by the crash in crude oil prices in 2016 and COVID-19 pandemic in 2020, amongst other vital wins.
Daukoru assured Mshelbila of the Board’s continued unflinching support to help achieve the company’s set goals.
The Deputy MD, Sadeeq Mai-Bornu, represented by the General Manager, External Relations and Sustainable Development, Eyono Fatayi-Williams, described Attah as a visionary leader who triggered the development of key strategies to mitigate risks to the business.
Also, he assured Mshelbila of the commitment of the management and staff to the success of the company.
Attah who left the NLNG on August 31 has since returned to his parent company, Shell.
NLNG is owned by four Shareholders, namely, the Federal Government of Nigeria, represented by Nigerian National Petroleum Corporation (49%), Shell Gas BV (25.6%), Total Gaz Electricite Holdings France (15%), and Eni International NA N. V. S.àr. l (10.4%).
Mshelbila as the Managing Director and Chief Executive Officer of NLNG Limited is the Vice President of Bonny Gas Transport.
Prior to his appointments, he was the CEO of the Atlantic LNG Company of Trinidad & Tobago, a position he held after his tenure as the General Manager, Gas for Shell Nigeria, and a director of the Shell Petroleum Development Company of Nigeria Ltd (SPDC).
Before that, he held the positions of Regional Communications Manager for Shell in West Africa and General Manager for Sustainable Development and Community Relations for Shell Nigeria, apart from being the Managing Director of Shell Nigeria Gas Ltd and Crisis Chief of Staff for Shell Nigeria.
In the course of his over 25-year career with Shell, Mshelbila held various roles, including Integration/Planning and Project Development Manager for Gas & Power, Commercial Manager, Private Assistant to the Chief Executive of Royal Dutch Shell in The Netherlands, Regional (Business) Adviser for Africa – Shell International and Regional Health Manager for Africa overseeing 36 countries.
Before joining Shell, he worked with the NNPC and National Oil & Chemical Marketing Company Plc (NOLCHEM).
Mshelbila has a degree in Human Medicine (MBBS), a postgraduate qualification in Occupational & Environmental Medicine from the University of Aberdeen, Scotland, and a Master of Business Administration (MBA) degree from the IESE Business School of the University of Navarra, Spain.