States can stop relying on monthly allocations from the Federation Account if they invest more in agriculture, particularly crops in which they have comparative advantage, the Governor of the Central Bank of Nigeria (CBN), Godwin Emefiele, said on Thursday.
Emefiele who spoke in Port-Harcourt, Rivers State at the unveiling of the Rivers State Cassava Processing Company Limited, said the States would become more viable if they focussed of agriculture and reduce their dependence on allocations from the Federation Accounts Allocation Committee (FAAC).
The CBN governor said the new company was designed to support improved production and processing of cassava into high quality flour in the State. 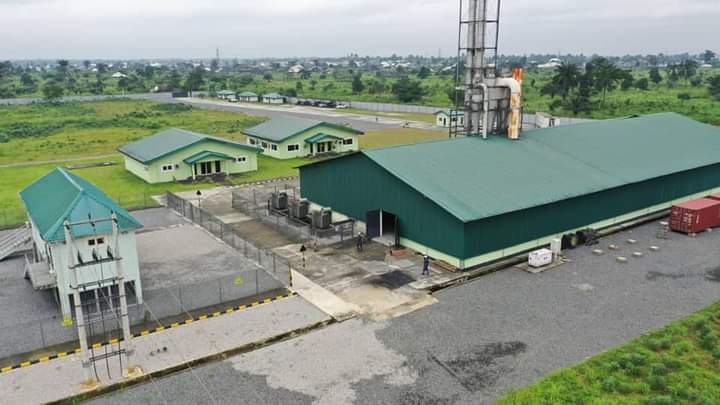 Reiterating its commitment to the policy od backward reintegration, the CBN governor said the apex bank would no longer support the continued importation of items that can be produced locally in Nigeria.
He however pledged the Bank’s    commitment to collaborate with the Rivers State government and others  to support the development viable agricultural and manufacturing sectors of the economy in line with the CBN mandate of promoting economic growth for the country.
Principal agencies of government at the federal and state levels, he said, should continue to work hand in hand to diversify the Nigerian economy and create an enabling environment for further investment by firms such as the Rivers State Cassava Processing Company.
Emefiele identified land development as a major constraint to the drive to increase agricultural activities in the southern parts of the country due to its topography.
He said the CBN had partnered with several States governments in the region under the Accelerated Agricultural Development Scheme (AADS) to develop agriculture.
On its contribution, Emefiele said about N7.436billion was accessed by four States in the South-South region to open up more land for cultivation, create access roads to agricultural lands, and provide infrastructure among other support services in the region.
“These measures are helping to induce greater activities in the agricultural sector and are enabling the movement of goods from the farms to the factories, and to the markets,” he added.
While commending the Rivers State government for working with Shell Petroleum Development Corporation, the Dutch Embassy Investment Nigeria Limited and their technical partners, in setting up the integrated facility, the CBN Governor said investments such as the cassava plant could help in driving economic growth, reduce unemployment and induce other wealth-creating activities in the State.
He also expressed optimism that the project would improve livelihoods, as well as enhance sustainability of farming operations for over 3000 farmers, by guaranteeing the offtake of their farm produce, in addition to reducing the country’s reliance on imports of cassava by-products.
The emergence of the Nigerian economy from the recession in the fourth quarter of 2020, and the recent report that the economy continued to experience growth in the first quarter of 2021, he noted, were due to significant growth in the agricultural and manufacturing sectors.
“Given the multiplier effects of the agricultural and manufacturing sectors, on growth, employment, and wealth creation, I challenge all stakeholders, particularly the State Governors to encourage more investments in the critical sectors of the economy.
“With the decline in our foreign exchange earnings, we can no longer afford to support continued importation of items that can be produced in Nigeria.
“Our current situation has also made it imperative for the Central Bank to work towards supporting programmes that will enable greater cultivation and processing of key agricultural commodities in Nigeria,” Emefiele said.
The developmental finance initiatives at the CBN, he noted, was focused on creating an enabling environment to drive both public and private sectors participation in the real sector, with strategic deliverables around price stability, job creation, financial inclusion, import substitution and accretion to foreign reserve among others.
He disclosed that so far, about N333.196billion had been disbursed to various projects in the South-South region covering activities in different economic sectors.