A total of 186 electoral officers and head of departments were on Thursday redeployed from their positions nationwide.

The Commission said in a statement by the Chairman, Informarion and Voter Education Committee, Festus Okoye, at the end of its meeting that the decision was to ensure efficient and optimal performance during theb2023 elections.

Those affected, which the Commission considers unhealthy for the sensitive responsibilities they discharge, have either served in their states of origin, or have served for between 10 and 32 years in the same state.

Thkse identified for immediate redeployment include 46 Head of Departments who are currently serving in their states of origin, or served for more than two electoral cycles in the same states.

Others are 140 electoral officers serving in their states of origin, or served for more than two electoral cycles in the same states.

Okoye said the redeployed staff are to complete their handing over and taking over processes not later than Wednesday, March 9, 2022.

He said the latest redeployment exercise would be ongoing and would be extended to other categories of staff in the Commission’s headquarters, States and Local Government offices nationwide. 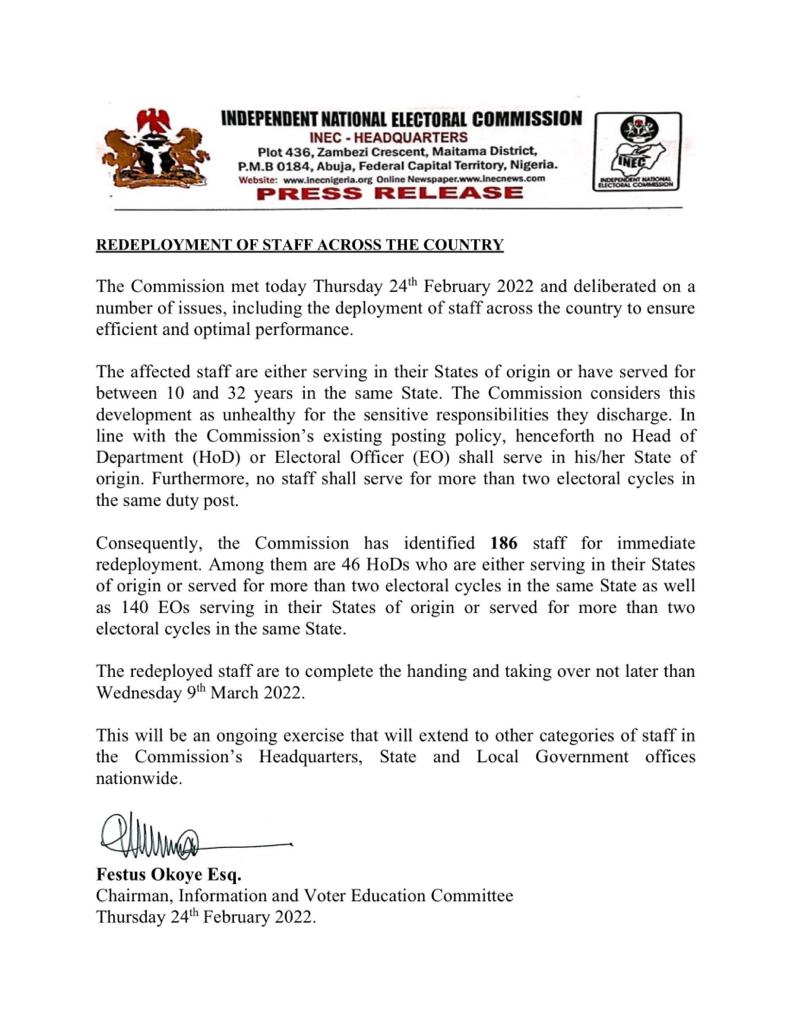