The International Monetary Fund (IMF) in Tuesday offered to provide technical assistance and policy advice to the Central Bank of Nigeria on how to manage the digital currency, e-Naira recently launched in the country.

Although the Fund confirmed its Monetary and Capital Markets Department was involved in the e-Naira rollout process, including by providing reviews of the product design, it suggested a deeper involvement in risks monitoring and macro-financial impacts associated with the digital currency.

“The IMF is ready to collaborate with the authorities on data analysis, cross-country studies, sharing the e-Naira experience with other countries, and discussing further evolution of the e-Naira, including its design, regulatory framework, and other aspects,” an economist in the IMF African Department, Jack Ree, said on Tuesday.

In a Country Focus review titles “Five Observations on Nigeria’s Central Bank Digital Currency”, Ree acknowledges the e-Naira officially launched on October 25, 2021 as the second CBDC fully open to the public after the Bahamas.

Although other countries and regions, like China and the Eastern Caribbean Currency Union, have been conducting CBDC pilots for their citizens, Ree said Nigeria’s e-Naira has, since its launch attracted significant interest from the outside world, including central banks, due to the size and complexity of the Nigerian economy.

Benefits of e-Naira
The Economist highlighted the key benefits associated with the roll out of e-Naira, including increase in financial inclusion; facilitation of remittances, and reduction of informality prevalent in the economy.

Although the CBN has said that the e-Naira wallet would for the meantime be restricted to people with bank accounts and bank verification numbers, Ree said the coverage of the digital currency is expected to eventually expand to anyone with a mobile phone, even if they do not have a bank account.

With that eventuality, he said about 38 million people, or 36 percent of Nigeria’s adult population, who do not have bank accounts, would be granted access to the e-Naira through their mobile phones.

“This will increase financial inclusion and facilitate more direct and effective implementation of social transfers programmes. It is expected that the move would enable up to 90 percent of population to use the e-Naira,” Ree said in his review.

On Facilitation of remittances, Ree said Nigeria was among the key remittance destinations in sub-Saharan Africa, with remittance receipts of about $24 billion in 2019.

The bulk of these diaspora remittances, he said, are usually made through international money transfer operators, Western Union, with fees ranging from one percent to 5 percent of the value of the transaction.

With e-Naira, he said the remittance transfer costs is expected to be lower, making it easier for Nigerians in the diaspora to remit funds back home, by obtaining e-Naira from international money transfer operators and transferring to recipients in Nigeria by wallet-to-wallet transfers free of charge.

Besides, he said exchange rate reforms, including a unified market-clearing rate, that reduces the gap between official and parallel market exchange rates would enhance the incentives for using e-Naira wallets to send remittances.

The other benefit, the IMF Economist said, includes reduction in the informality in a large portion of the Nigeria economy, with transactions and employment equivalent, respectively, to over half of GDP and 80 percent of employment.

“Once the e-Naira becomes more widespread and embedded into the economy, it may bring greater transparency to informal payments and strengthen the country’s tax base. Informal and formal businesses may also benefit if e-Naira adoption enhances consumption through greater financial inclusion,” he said.

In terms of monetary policy, Ree said e-Naira wallets could be perceived, as a deposit at the central bank, which may reduce demand for deposits in commercial banks. 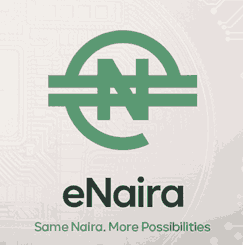 In relying on digital technology to handle transaction, Ree underscored the need to effectively manage cybersecurity and operational risks associated with the e-Naira.

He however noted that the CBN and the fiscal authorities have already taken measures to manage the risks.

For instance, he said the CBN has directed that the transfer of funds from bank deposits to e-Naira wallets be subject to daily transactions and balance limits, to mitigate risks of diminishing the roles of commercial banks and other financial institutions.

Also, financial integrity risks, such as those arising from the potential use of the e-Naira for money laundering, would be mitigated, by using a tiered identity verification system and applying more stringent controls to relatively less verified users.

“For now, only people with a bank verification number can open e-Naira wallet. But over time, coverage will be expanded to people with registered SIM cards and to those with mobile phones but no ID numbers.

“The latter categories of holders would be subject to tighter transactions and balance limits. Even so, wallet holders who meet the highest identity verification standards cannot hold more than N5million each in their e-Naira wallets.

Checking associated risks
To address cybersecurity risks associated with the digital currency, Ree called for the conduct of regular IT security assessments, supported by a robust regulatory system.

e-Naira, like coins or cash, is a liability of the CBN. Although the e-Naira uses the same blockchain technology as Bitcoin or Ethereum, the difference is that the e-Naira stored in digital wallets could be used for payment transactions.

Besides, e-Naira is transferrable digitally and at virtually no cost to anyone in the world with an e-Naira wallet.
Some of the differences are that the e-Naira features stringent access right controls by the central bank, unlike crypto-assets.

Again, the e-Naira is not a financial asset in itself, but a digital form of a national currency that draws its value from the physical Naira, to which it is pegged at parity.