The organised Labour on Friday opted not to continue the ongoing dialogue with the Federal Government over electricity tariffs and other issues in the power sector, alleging a show of bad faith in the handling of the matter.
Consequently, Labour demanded that all commitments by the government to organized Labour during its recent negotiations be respected.
Also, the NLC demanded a cessation to unilateral actions that undermine the spirit of social dialogue and erode the confidence of Nigerians on the intentions of the government.
The NLC President, Ayuba Wabba, who made the demands in a statement on Friday said the return of Labour to the negotiation table would be premised on firm assurances and commitment by government that future negotiations would be done in utmost good faith.

Back story
Reacting to last Tuesday’s decision by the Nigerian Electricity Regulatory Commission (NERC) to adjust electricity tariffs in the country, the Nigerian Labour Congress (NLC) said the Minister of Power, Saleh Mamman’s intervention only amplified the insincerity of the government.
In debunking the purported hike in electricity tariff by 50 percent, effective January 1, 2021, NERC, however, confirmed the implementation of the minor review of electricity tariffs by N2, to N4 per kilowatt-hour (kWh).
The electricity sector regulatory agency said the adjustment was to reflect the partial impact of inflation and movement in foreign exchange rates. 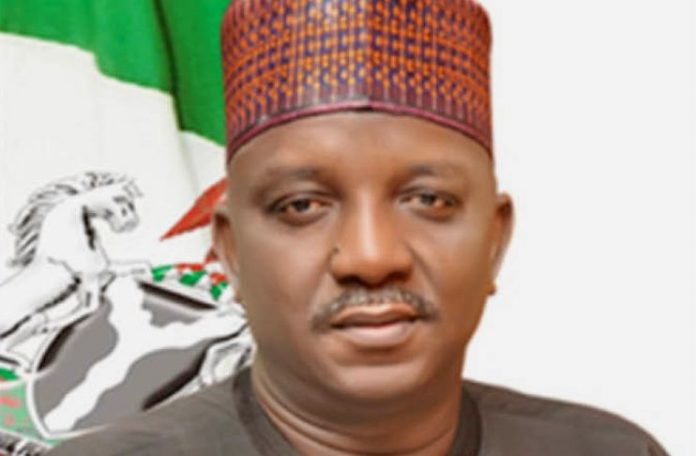 Minister intervenes
In his reaction to the adjustment, the Minister of Power, Saleh Mamman, on Thursday directed NERC to immediately halt the implementation of the minor tariff review in the country.
The minister said stopping the tariffs hike would allow the Joint Ad-Hoc Committee between the Federal Government and organised Labour to conclude its work and implemented together at the end of January 2021.
Mr Mamman said contrary to reports of a tariff hike, the Federal Government was still fully subsidising 55% of on-grid consumers in Bands D and E as well as maintain the lifeline tariff for the poor and underprivileged in the country.
The joint ad-hoc Committee led by the Minister of State for Labour and Productivity and Co-Chaired by the Minister of State for Power was to dialogue with Labour to accelerate the rollout of the National Mass Metering Plan; estimated billing; monitor the Service-Based Tariff, and ensure the reduction in tariff rates for bands A, B, C in October 2020.

NLC reacts
In its reaction on Friday, the NLC President, Ayuba Wabba, criticised the Minister’s intervention in the matter, saying his directive to NERC for the reversal of the recent hike in electricity tariff structure was not enough.
Expressing Labour’s concern over the Minister’s statement debunking NERC’s decision on the tariff hike as untrue, Mr Wabba said he only succeeded in reinforcing the anxiety by Nigerians that they up against the worst economic conditions this year.
The NLC President noted that while the Minister, in one breath, debunked any increase in electricity tariff, especially for Nigerians who are grouped under Band D and E tariff structure, he was at the same time admitting adjustments in what customers across the five service Bands will pay.
He attributed this increase to minor adjustments owing to current inflation levels and forex realities.
The import of the Minister’s statements, Mr Wabba said, was that the government not only confuse citizens but also confound them on the genuineness of government intentions and actions.
“The chief casualties in situations like this is public trust and confidence in government,” he said.
Mr Wabba said the events of the past three months on the situation in the electricity and petroleum sectors have severely tested the confidence of Labour in the ability of government to negotiate in good faith and keep to its promises.
In opting to set the records straight about the abnormality of the government action, Mr Wabba said the decision to tinker with the electricity tariff after negotiations with Labour began in September 2020 was not in line with the spirit and letters of the agreement with Labour.
He said the understanding Labour had with government was to suspend further increases in electricity tariff until the ad hoc committee ironed out the issues affecting the smooth operations of the country’s electricity sector.
Contrary to what the Minister wanted the public to believe, the labour leader said the truth was that while the committee was yet to conclude its assignment, the government unilaterally hiked electricity tariff.
Describing the action by the government as “most unfortunate and totally unacceptable”, Mr Wabba noted that in the new tariff structure as advertised by the DISCOs, the price adjustment was not minor, as they were between 60% and 100% across all the service Bands.

Tariff adjustment insensitive
On the excuse that the tariff adjustment was to reflect the partial impact of inflation and movement in foreign exchange rates, Mr Wabba said it was insensitive for the government to transfer those on workers and other consumers already badly buffeted by the downturn in the economy.
He said it was even more unfortunate that even the poorest of the poor in service Bands D and E the Minister was still subsidizing were not spared of the fresh burden of tariff hike.
The NLC President said the feedback from the Technical Committee on the Review of the Electricity Sector was that it was sustainable to use international economic indices to determine domestic electricity tariff.
“Something is inherently wrong in calculating in United States dollars the cost of the gas used by GENCOs (generation companies) in generating electricity in Nigeria. The current practice violates the fundamental economic theory of comparative advantage, especially for a developing economy as ours,” he said.
He also faulted the calculation of ancillary electricity supply logistics in foreign currencies and transferring same to electricity consumers.
Besides, Mr Wabba said the continued offloading of the cost of electricity capital accumulation, or uploading the cost of acquiring equipment and operational facilities GENCOs and DISCOs on end-consumers, was economically unreasonable.
The transfer of the cost, the NLC said, occurred with the bailout fund to DISCOs from public coffers and the inbuilding of equipment importation cost into what consumers are paying.
Citing what obtains in other climes, Mr Wabba said investors procure their working capital from profits accruing from their investments and not from uploading and transferring the cost of capital acquisition directly to electricity consumers.
“If the NERC continues to use this strange template to design and review its tariff template, then there would be no end to continuous increases in what Nigerians pay for electricity.
“Amidst the current electricity tariff volatilities, the situation of the average consumer would be worsened by the current reliance on alternative sources of energy owing to prevailing instability in public power supply,” the NLC President said.

Opacity of NERC
On lack of transparency in the operations of NERC, The NLC said feelers from the electricity supply chain suggest the regulator in the sector pulls more on the side of the DISCOs and GENCOs than consumers of electricity, both industrial and private users.
Mr Wabba said the lack of representation of electricity consumers in NERC has aggravated the concern against the sector regulator, particularly against the background of acute adversity imposed by the Power Sector Reform on ordinary Nigerians and the manufacturing sector.
The concerns, he said reinforces Labours calls earlier for a holistic review of the entire power sector privatization programme as it has clearly failed to achieve the economic goals set out in the country’s Constitution on the need for the government to protect the economic welfare of citizens.
While waiting for the Technical Committee on Review of Nigeria’s Electricity Sector to conclude its work, the NLC called on the government to go beyond the reversal of the recent tariff increases to ensure it respect the terms of negotiation with Labour.