There is need today to examine the speech by Udom Emmanuel that heralded the Dakkada Initiative. This is because Dakkada has become the proverbial hook upon which he anchors his administration. That speech did not sound like the usual run-of-the-mill political ranting. It was well-crafted and full of pizzazz. Udom injected hopes in the people and energised a future that had looked so bleak hitherto. He christened Dakkada a moment set for a rebirth, a reinvention and rejuvenation; an intersection where what was perceived to be a glorious past finally met an invigorated future.

Then he went Biblical when he deliberately compared that moment to the crossing of River Jordan by the Israelites; into the Promised Land. Within Biblical context, whenever one talks about the Promised Land, then he has gone beyond a mere political promise into something more ecclesiastical. This implies a covenant—unbreakable bond.

In a bid to justify that proclamation, Udom explained: “We can look back and remember our exodus from Cross River State, when God granted our wish 28 years ago, with the creation of this state that is appropriately named after Him. We can remember the years we toiled in the wilderness as house helps and servants in the nooks and crannies of our nation. Yes, we can still remember the days we wallowed in under-development and scorn as we struggled to find our feet and catch up with the other states in our country.”

From history, he moved to the present: “Today, we have stepped out of the wilderness and crossed the Jordan. We behold the allure and beauty of the possibilities before us. Though we can still see the walls of Jericho (walls of ethnicity and jealousy, walls of hatred and avarice, walls of pettiness and mischief), we are not daunted because He who brought us this far did not bring us to leave us.” 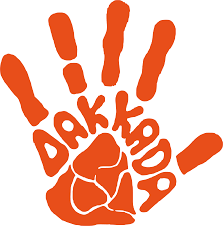 Udom informed the people that if the mission of industrialisation and oneness of the state must be accomplished, then they must break down the walls in their minds that harbour evil rather than good. He told the people that “many of us have left Egypt, but we still carry the servile mind-set and the divisive attitude of Egypt in our hearts.” It was his view that for the reawakening to yield results, “we must rise up as a people, take the ark of faith, and go around the walls so that they will tumble down like the walls of Jericho.”

It is not particularly clear whether the metaphorical walls of Jericho employed by Udom to illustrate the inhibitions and frustrations faced by his administration have actually crashed or are still standing straight. The governor has eight years to spend on the throne. The children of Israel went round the walls for seven days before they came tumbling down. Do you perceive what I am thinking? Is it too premature to assess the failures or success of his dreams?

While campaigning for governorship of the state, Udom had announced and laid before the people a daring five-point agenda that would guide his leadership. A lot of people thought he was being over-modest. But on a closer look, there was no argument that if he could maximally achieve three of the five-point agenda and merely initiate or set the ball rolling in others, then he would have done so much for the people. He promised wealth creation; economic and political inclusion; poverty alleviation; infrastructural consolidation and expansion; and job creation.

Politicians love to talk big; just as lawyers love to confuse us with repeated synonyms just to show how learned they are. Udom promised wealth creation. He also said he would alleviate poverty. In fact, when you provide jobs for the people, or create appropriate atmosphere for business to flourish, then you have created wealth and by extension, ended poverty! So, wealth creation, poverty alleviation and job creation actually belong to the same family. The question is, has he really kept his eyes on the ball?

In order to fulfil this five-point agenda, the governor, six years ago, ignited an endless applause when he announced an ambitious already-packaged, mouth-watering industrial programme. He told the people: “The thrust of our administration is industrialization. In driving this, we have revitalized and re-commissioned Peacock Paints. We have performed ground-breaking ceremonies for a car assembly plant in Itu LGA by a leading Israeli auto manufacturing company, Mimshac Merkavim; as well as the Low Energy Display (LED) Manufacturing plant at Itam.”

He did not stop there. More announcements were to come. “We have brought the Shoprite Mall to the Tropicana in Uyo. We have also performed the ground-breaking ceremonies of the Fertilizer Plant and the Daar Communications Broadcast complex at Abak. At the same time, an Electric meter assembly and clay processing plants are underway in Onna LGA.

“We hope to flourish in freight business. That is why the Ibom Deep Sea-port project is setting sail. We have built more power substations and this has improved electricity supply significantly. We have invested heavily in skill and manpower development for our teeming youths, whom we are committed to securing a brighter future for. In this wise, we are training a thousand youths in oracle technology. We have also sent our youths to acquire skills in agriculture in Israel, while another set will be sent for power sector training. At the moment, about 329 youths will soon commence training in photography and film production.”

While proclaiming these development initiatives, Udom did state without any ambiguity that “the greatest development is in the mind. Let every Akwa Ibom son and daughter know that no matter the circumstances they find themselves, they can rise and shine like a million stars. Let us rise to illuminate our world with our God-given talents and potentials. It is a product of the mind. If you can dream it, you can make it. That is the power behind the Dakkada Campaign.”

Listen to him again on what could hinder the collective vision of the people: “We appeal to all tribalists to rise from the valley of hatred to the mountain of brotherhood. We remind them that he who keeps a man down must stay down with him. We appeal to the petty-minded and remind them that it is only when Akwa Ibom towers, that he can become a giant.

“We appeal to the hate mongers to know that he who digs a pit for another will fall into that same pit. So let us take this message to every member of the Akwa Ibom family and enjoin them to Dakkada and join the march for a new Akwa Ibom anchored on moral transformation, spiritual rebirth, ethical re-orientation and industrial renaissance.”

I love that expression: industrial renaissance. So what happened to this dream, six years after? Where are the industries we were promised? Is the Peacock Paint still producing? What about the car assembly and the low energy manufacturing plant? Is the fertilizer plant still on course? I am not going to shy away from drawing conclusions either way. An unbiased personal analysis of Udom’s promises and performance is next. It’s time to tell the truth. I’ll be back.