Electricity consumers in parts of Lagos who faced a bleak yuletide following the collapse of five power towers after a fire that erupted on Christmas eve from a vandalised pipeline to destroy the electricity ttansmission line in the area now have a sigh of relief, as the Transmission Company of Nigeria (TCN) battled to restore normal supplies less than 24 hours later.

In the early hours of Thursday, the company reported the outbreak of an inferno caused by a vandalized pipeline along Isheri Olofin, off Igbando–LASU expressway of Lagos State causing extensive damage to 330kV Ikeja-West Akangba transmission line 1, burning off a large portion of the conductor.

The spokesperson of TCN, Ndidi Mbah, said the impact of the destruction from the incident was so serious that it triggered a resistant pull on the high-tension towers along the line route, causing five of them to collapse.

Mbah said the incident estimated to have occurred at about 00.29 am in the early hours of Friday, burnt a wide portion of the 330kV transmission line which wheels 145 megawatts (MWs) of bulk power to the Akangba substation.

She said the transmission towers affected were the two closest to the site of the incident and three across the Lagos Canal.

“As a result of the incident, there is a major reduction of bulk power wheeled to TCN’s 330/132/33kV Akangba Transmission Substation in Lagos,” Mbah said.

“Due to the fact that the substation takes supply from two different 330kV transmission lines, with the second being the redundant line, TCN will rearrange bulk electricity transmitted on that line route to the second 330kV previously carrying 59MW,” Mbah assured.

As part of efforts to speedily restore supply in the area, Mbah said TCN engineers successfully back-fed the substations affected by the towers collapse, while patrolling the second 330kV transmission line which tripped off as a result of the incident, to ensure it had no fault before being re-energized.

“Once the line has been re-energized, supply will be restored to all the substations affected by the incident from the second 330kV transmission line, as the load carried by the burnt 330kV line will now be transferred to the second line,” the spokesperson had quoted TCN engineers as assuring on Friday.

However, hours after the incident, TCN engineers said they battled to restore normal electricity supply to the vandalized pipeline after the second 330kV Akangba-Ikeja West line was successfully re-energized on Friday.

Prior to the fire incident, the ttansmission line served as a redundant line on that axis, in keeping with TCN’s N-1 reliability criteria to guarantee an alternative line available for use in case of any incident on the main line. 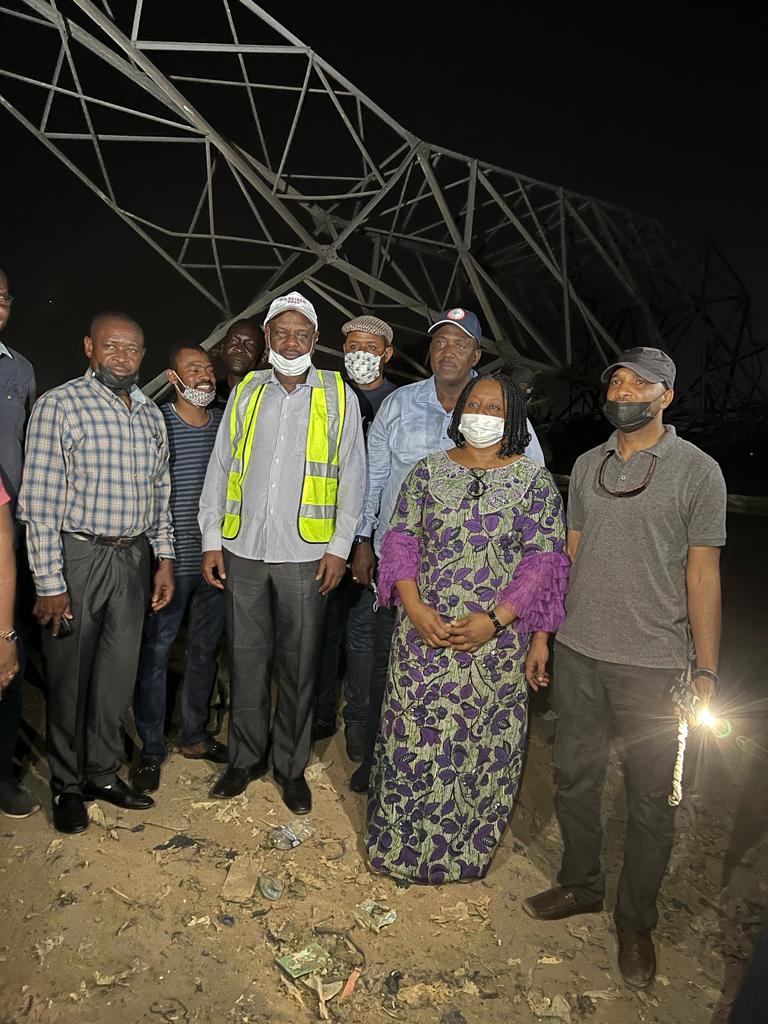 The Managing Director/CEO of TCN, Sule Abdulaziz, who flew in from Abuja to inspect the site of the incident, said the second 330kV line, which tripped off during the incident was patrolled by TCN engineers and certified okay before it was energized.

Abdulaziz said the line, which was energized at about 2:38pm on Frday, now wheels about 121MWs of electricity to the Akangba Transmission Substation.

With the development, the MD noted, areas under Ikeja DISCo franchise area whose supply were disrupted by the Christmas eve pipeline fire incident would now have normal supply of electricity.

In view of the importance of transmission line redundancy, Abdulaziz said TCN has already directed two contractors to mobilize to site to commence work on the reconstruction of the towers and 330kV line.

He reiterated the need for all Nigerians to be part of the fight against vandalism of the nation’s assets.

“Incidents such as this is a major setback to TCN’s concerted efforts to implement its grid expansion and stability programme under its well-articulated Electricity Grid Maintenance, Expansion and Rehabilitation Programme,” the MD said.

“This is because the re-erection of five towers and restringing of the 330kV transmission line are major projects that cost a lot of money and will take a while to complete,” he added.

He appealed to Nigerians to desist from activities such as oil bunkering, and other destructive tendencies, as they all have very far-reaching negative consequences on the nation at large.

“The issue of protecting our national assets is an imperative and must be taken very seriously so that the stability of the nation’s electricity network and the development of the nation were not compromised,” he advised.