In what many Nigerians see as a major step towards the passage of the long awaited Petroleum Industry Bill (PIB) into law, the Senate on Monday opened a two-day public hearing on the petroleum sector law.
It is the second time the National Assembly would hold a public hearing since the Bukola Saraki-led 8th Assembly did the same after more than 18 years the Bill remained with the lawmakers.
Although the Bill was later passed by the lawmakers and sent to the executive for final assent into law, President Muhammadu Buhari withheld his signature, citing certain corrections that needed to be made.
Nigerians remain optimistic that the current process will lead to the passage of the law to help bring back into the industry multi-billion dollar investments that have eluded the country as a result of the long delay in getting the PIB passed.
Senate commits to speedy passage of PIB
to quick passage At the opening of the public hearing on Monday in Abuja, the Senate President, Ahmed Lawan, said the National Assembly was committed to the passage of the PIB, as members believe this would guarantee improved revenue earnings from crude oil production and exports to the benefit of all Nigerians.
,‘’Let me say this, we (National Assembly) will pass this Bill not without ensuring that it is a Bill that satisfies certain conditions.
“Nigeria is blessed with these natural resources. We want Nigeria to benefit optimally from them. In fact, we are in a hurry, because we have lost so many years of benefits that we could have had,’’ Mr Lawan said.
The Senate President said that the non-passage of the PIB had dragged the industry several years back, significantly limiting its ability to attract both local and foreign capital at a time many other countries were scrambling to exploit their oil and gas resources.
He described as “ludicrous and extremely disappointing” the fact that the country’s oil and gas industry was s still being governed and regulated by laws enacted more than 50 years ago.
Mr Lawan urged the lawmakers to strive to deliver a Bill that would not only enhance the growth of the country’s oil and gas industry, modernize its fiscal system and enhance competitiveness, but also create harmony for all stakeholders.
“This is a promise we have made and that we shall achieve,’’ the Senate President said.
‘’Nigeria must have an oil and gas industry that benefits its people. Equally, our oil and gas industry must be competitive. We must create a sustainable investment climate, where business in the sector will flourish,’’ he said.
The determination by the legislature to pass the Bill, he said, was driven by the need to overhaul a system that has refused to operate optimally in line with global standards, resulting in the loss of continental competitiveness, transparency, accountability, good governance and economic loss for the petroleum industry and the country. 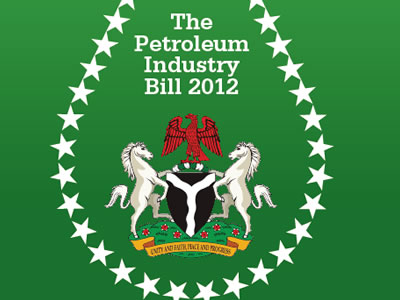 Components of the current PIB
The Senate President said the current PIB being considered comprised four chapters designed to, among other things create efficient and effective governing institutions with clear and separate roles for the petroleum industry and establish a framework for the creation of a commercially-oriented and profit-driven National Petroleum Company.
The other chapters will focus on promoting transparency, good governance and accountability in the administration of the petroleum resources of Nigeria as well as foster sustainable prosperity within host communities, provide direct social and economic benefits from petroleum operations to host communities.
He upon its passage and assent into law by the President, the new petroleum industry law would create a framework to support the development of host communities; establish a progressive fiscal framework that encourages investment in the Nigerian Petroleum Industry; balancing rewards with risk and enhancing revenues to the Federal Government of Nigeria.
Also, it would provide a forward-looking fiscal framework that is based on core principles of clarity, dynamism and fiscal rules of general applications, and establish a fiscal framework that expands the revenue base of the Federal Government while ensuring a fair return to investors.
Civil society groups react
In their reaction, civil society groups that have been advocating for several years for the speedy passage of the PIB urged the National Assembly to be true to their words to be fully committed to the process to finally bring the long wait for the law to an end soon.
Executive Director, Women in Extractives, Faith Nwadishi urged the National Assembly to pay special attention to the sections on host community rights and contract transparency.
Ms Nwadishi, whose group has been collaborating with the media and other civil society groups to push for the passage of the PIB, said it was important that the Bill addresses the concerns of oil-bearing communities, especially the protection of the environment.
“My expectation is that the National Assembly would deliver on its promise to give us a workable PIB. I am happy that they have started work on the Bill with the public hearing.
“We hope that it is an exercise that will end in a new law. We have waited for over 20 years for this law. We have held public hearings in the past and made presentations that did not lead to a new law. Our earnest hope is that this one will lead us to the promised land,” Mrs Nwadishi said.
Ms Nwadishi urged the lawmakers to pay particular attention to the host and impacted community provisions in the PIB, and avoid playing politics with them as was the case in the past.
“The plight of people who live in host communities over the years of oil exploitation in the country needs to be addressed. The negative impact and environmental issues need to be addressed, such that the people who are leaving within those areas are able to benefit from the proceeds of the oil industry and live the same quality a life that people outside the oil producing communities take for granted.
“Secondly, particularly the provision in Section 83 for the contract transparency, that would help us to implement fully the requirement 2.4 of the EITI (Extractive Industries Transparency Initiative) standard.
“You know that since January 1, 2021, the implementation of the EITI provision on contract transparency took off. All EITI compliant countries, including Nigeria, are to comply to the provisions. If that section of the law is allowed to stay or even improved on, it will give us easy landing for the implementation of the standard,” she said.
On the whole, she said the PIB would boost investment climate in the country’s petroleum industry and end the spate of divestments currently going on in the sector.
Also speaking on the PIB, energy expert and Team Lead, Facility for Oil Sector Transparency and Reform (FOSTER), Henry Adigun, said he has no doubt that PIB, if passed devoid of the usual politics, will provide adequate incentive for the upstream and downstream to develop and grow to boost the country’s revenue from the sector and the economy.
On his part, the National Coordinator, Publish What You Pay (Nigeria), Peter Egbule said he was happy the National Assembly has moved a step further closer to the destination Nigerians expect.
“My expectation, like every other civil society group and Nigerians, is for a speedy passage of the PIB given the length of time it has taken to get a new law for the sector,” Mr Egbule said.
Mr Egbule, who has been working with the media led by the Media Initiative for Transparency in Extractive Industries (MITEI), to highlight the benefits of the quick passage of the PIB, said if passed, the PIB will make Nigeria an attractive investment destination amongst African countries and the world.
Like his colleague, Ms Nwadishi, Mr Egbule called on the National Assembly to pay special attention to sessions on impacted community, noting that this would help end the incessant attacks on oil pipelines and facilities.
“One of the critical areas of concern people are not paying attention to is the area of impacted communities. There are lots of clamour on host communities, but there are also impacted communities in the oil producing communities.
“The host communities are where the oil fields and oil rigs are. But then, the transportation of the crude oil goes through pipes in other communities which are impacted in the process, particularly on event of spills and other incidents as a result of sabotage.
“The adjacent communities need to be taken care of also, if not there will be agitations, vandalisms and losses”, he added.