It was a night of bliss, fun, friendship and celebration as the alumni of the US-Nigeria Educational & Cultural Leadership Program converged on Abuja, Saturday, June 4, 2022.

It was the maiden forum for all participants in the US International Visitor Leadership Program (IVLP) resident in the Federal Capital Territory (FCT) and environs as well as other neigbhouring states in the northern part of the country, to meet, greet and interact in a relax atmosphere of friendship and camaraderie.

Most members of the Association have not met each other physically since they returned to Nigeria from the United States. Others have not known themselves beyond their impersonal interactions virtually online since the current executive was constituted almost two years ago. Therefore, the hunger for members to experience an opportune moment to come together was palpable.

When the executive committee thought about a physical meeting in 2020, the ravaging impact of COVID-19 pandemic was at its peak globally. It was not advisable for anyone to ignore the global redcard by way of lockdown, for a physical meeting. The few virtual meetings could hardly make up for the real thing.

And when there was barely a sufficient window of opportunity to come together, nobody could hold back the excitement, as the expectation was pitch high.

The Kano Hall of Transcorp Hilton, venue of the meeting, deliberately tagged “IVLP Members Connect”, could barely accommodate all the members who traveled from far and wide to register their eminent presence.

The President of the IVLP Alumni Association, Raheemat Momodu, was almost overwhelmed by the robust response by members. So were other members of the executive, including the Vice President, Baraka Sani, who took it as a personal challenge for ensure members came together to have fun in an elite ambience of a five-star environment in Abuja.

In her welcome remarks, Momodu captured the mood and excitement of her executive committee. Momodu said the meeting was organised for members who participated in the IVLP from all parts of Nigeria at different times over the years to come together, meet, greet, interact and share ideas and experiences they gained.

She said at this time in Nigeria’s political history that seems the country was lacking quality leadership, the IVLP alumni could rely on the experiences gained from their participation in the programme to add value to the emerging political dispensation in 2023.

The Association President urged members to relax, unwind, dine, wine and catch as much fun as they could.

For VP Sani, her experience in participating in the IVLP gave her the leverage she harnessed and deployed to emerge as one of the women leaders in the Peoples Democratic Party (PDP) during its recent party congress in Abuja.

Sani called on members of the association to continue to take advantage of the benefits of the IVLP to contribute to the growth and development of the country in whatever position they find themselves.

The General Secretary, Ngozi John-Uyah, in her secretariat report said since the current executive committee of the association assumed office almost two years ago, about 13 professional cluster groups have been established to help generate ideas and work out strategies to advance different sectors of the country’s economy. The clusters include communication, ICT, education, environment, health, leadership and national development. 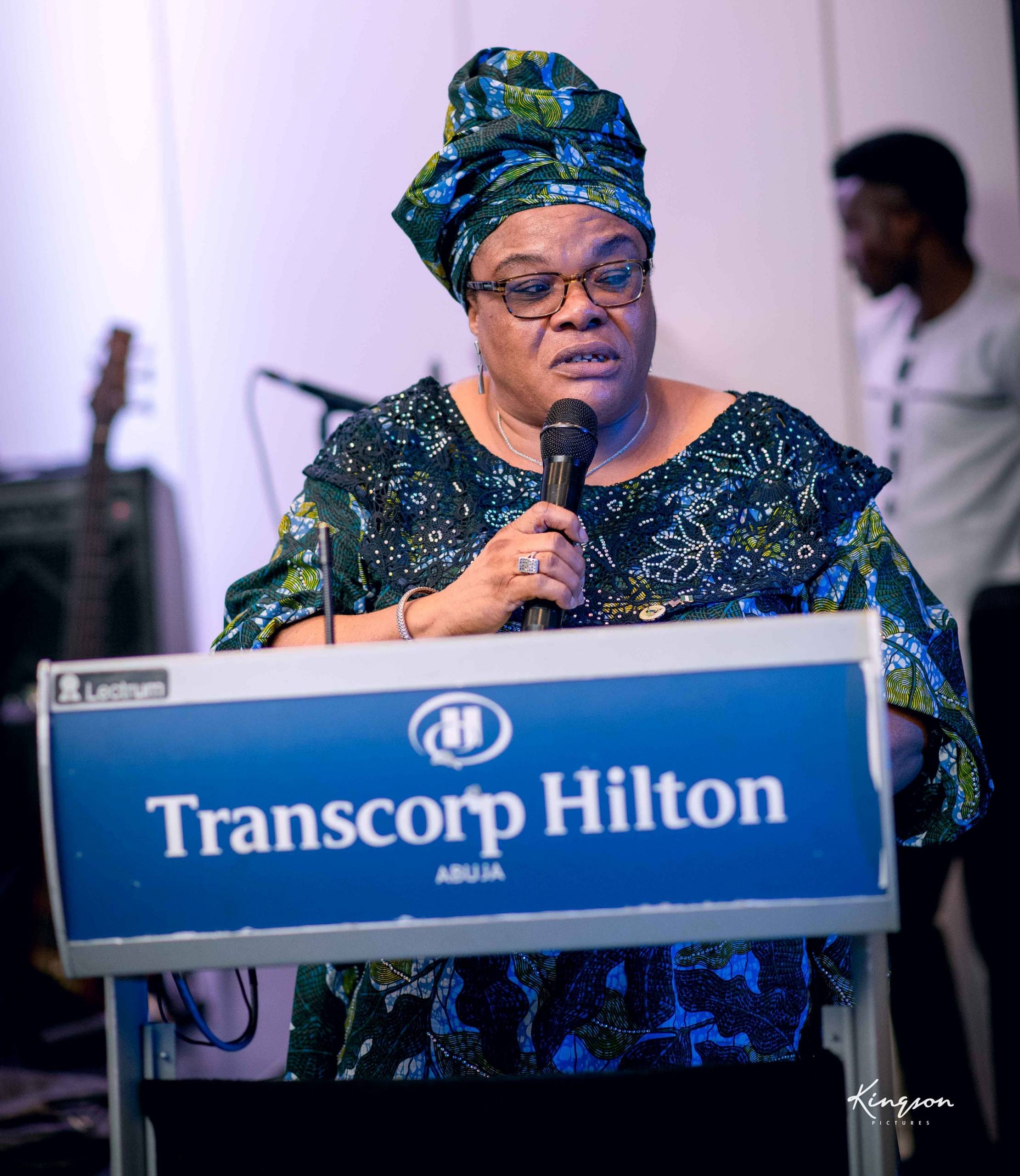 She said the executive is planning to host its annual leadership forum tentatively scheduled for September, to provide a forum for members to come together to share their experiences from their participation in the IVLP for the betterment of the country.

It was indeed a night to remember, as members relaxed, wined, dined, danced to the soul-lifting musical renditions from the shine live band on standby to entertain.

But, the highpoint of the meeting was when each member took turns to introduce themselves, the discipline of the programme they participated in, the year and the impact their experiences have made in Nigeria since their return.

One of the members, Kingsley Bankwell, who participated in the programme in 2012 under the theme: “Freedom of Belief and Expression” narrated how the IVLP inspired him to initiate the N100-a-day-charity-school project, which today provides several indigent Nigerian children, whose parents could not afford public and private schools education in Abuja, the opportunity to go to school.

Bangwell said his participation in the IVLP trip to the United States opened his eyes to how well-meaning Nigerians could use their resources on charity to help change the future of some less privileged Nigerian children and help them have a better future through the provision of basic education.

The IVLP is the initiative of the United States Embassy in Nigeria through which professionals from all walks of life are selected every year and on an all-expenses paid visit to major cities and institutions in the United States during which period participants meet and interact with current and prospective American leaders and learn about their socio-economic, political systems, processes and cultures.

During the programme, Bangwell said he, along with other participants from Africa and other continents, visited a number of American cities, including the capital, Washington DC, Texas and another city.

“We visited many public institutions, including tertiary institutions and schools. At the schools, we met with American teenagers aged between 16 ans18 years who engaged us in very rich and robust intellectual conversations.

“We were so baffled that on one of the rides back to the hotel, Prof Pat Utomi wondered if teenagers, and even graduates, back home in Nigeria, could hold such deep and engaging conversations like them.”

He said those experiences during the three weeks trip left an indelible impression on his mind and inspired a desire for him to do something on their return back home about Nigerian education, as it dawned on him that quality education as a vital key to nation-building and citizens’ productivity was not being given sufficient attention.

“On my return to Nigeria, I continued to hold several youth leadership workshops and debates, to raise their intellectual skills and awareness. But Io was particularly concerned about out-of-school children.

“Personally I was a serial school drop out, because my parents could not afford education from public school for me. I spent eight years in primary school, nine years in secondary school, and dropped out of University twice all due to poverty.

“So each time I see kids cleaning my car windscreen, I am broken, because I know that without education and that ability to read and write, their future is dim.

“So after years of planning, and due to the impact of that IVLP experience, in 2019, my wife and I started the KNOSK N100-A-Day Charity school for out of school children, to help reduce the menace in our society, where about 19million children are now out of school due to poverty.

“The initiative, with N100 every day, students get books, uniforms, lunch,sportwears, monthly sanitary pads for girls and computer-based education.

“The actual school fees is N66,000 per term, but parents pay only N6,000, and we raise the remaining N60,000 from compassionate individuals and organisations.

“Today, we have about 82 children on our register. We admit 60 percent girls, because 55 percent of girls don’t complete secondary school in Nigeria before they are married.
About 33 of the children are currently under full sponsorship and the rest have partial or no sponsorship,” Bangwell said.

He told the gathering of mostly IVLP alumni that his major testimonial, which highlights the impact of the IVLP, was that children from the school who never had access to computers before can now operate computers, use Microsoft Word and doing Scratch and learning coding.

“Many who could not speak and write well, are now building confidence to speak and regularly moderate events! Am seeing a replica of what I saw during the IVLP visit to the US 10 years ago,” he said.

“Our vision is to build our first KNOSK N100-School in Kuje, Abuja to cater for up to 400 out of school children, and to establish seven of such schools across the six geo-political zones of Nigeria by 2030, to serve thousands of poor children who cant go to school, “he added.