PICTURE caption: Winners of the Ray Ekpu Prize for Investigative Journalism in Akwa Ibom, Ekemini Simon and Abasifre Effiong in Uyo on Friday.

Winners emerged on Friday at the end of the maiden edition of the Ray Ekpu Prize for Investigative Journalism in Akwa Ibom.

The joint winners, who went home with the prize money of N500,000, were Ekemini Simon and Abasifre Effiong of The Mail Newspapers.

The Chairman of the screening committee of the Award and one-time Editor of the defunct National Concord Newspaper, Nsikak Essien, said the winning entry, titled: The winning entry and the writer/writers of the entry, “Governor, SSG in Multibillion Naira Scandal” published in the November 17-23, 2020 edition of The Mail Newspapers was adjudged the best among all the entries received by the screening committee.

The announcement of the winners was made on Friday at the Awards Dinner organised to commemorate the end of the week-long activities marking the 2021 Press Week of the Akwa Ibom State Council of the Nigerian Union of Journalists (NUJ), which began on Monday, Decemner 6,2021.

Presenting the winners, Essien, who is also a Fellow of the Nigerian Guild of Editors, thanked Inoyo Toro Foundation for instituting the Award in honour of one of Nigeria’s most distinguished journalist, Editor and veteran media practitioner, Ray Ekpu. 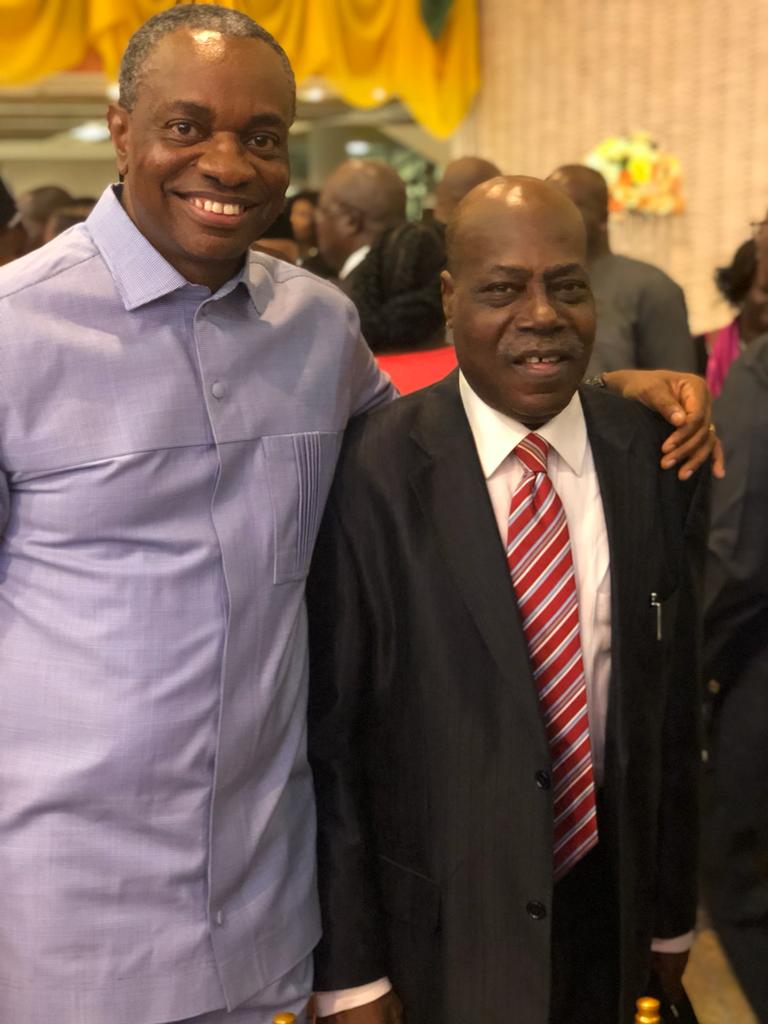 Essien described Ekpu, a proud son of Akwa Ibom and one-time President of the Newspaper Proprietors of Nigeria (NPAN), as ‘the poster boy of investigative journalism and one of the most decorated journalists of modern Nigeria.”

He said the Award, which carries a prize money of N500,000, was endowed by Inoyo Toro Foundation for journalists in Akwa Ibom State, to promote the culture of investigative journalism as a way of holding political office holders accountable to the people.

The Chairman of the screening committee said his committee invited and received entries from all ‘media genres’, except online media, according to the guidelines given to it by the organizers.

He explained that his committee requested for entries from journalists practitioning within Akwa Ibom, particularly indigenes of the state.

At the close of entry, Essien disclosed that a total of 18 submissions were received by the committee, with 17 coming from the print category, and only one broadcast category. 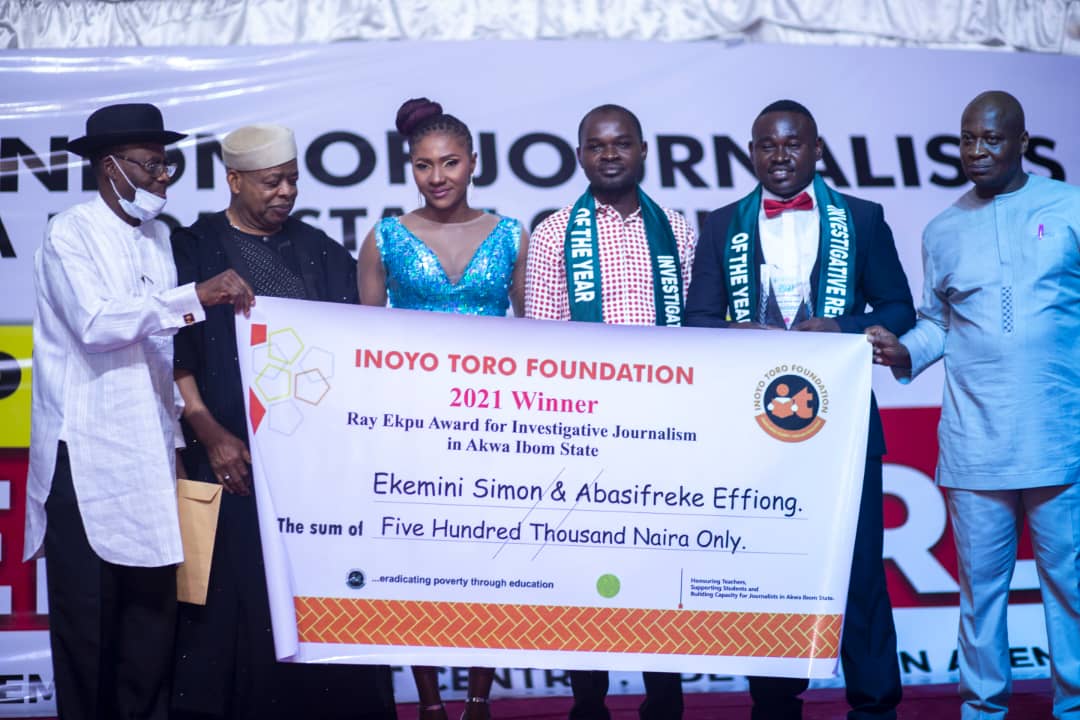 The Chairman of the screening committee highlighted the criteria used in selecting the winning entry to include the relevance of the subject; authencity or originality of the investigative work; depth of investigation; presentation and language, and impact on society and democracy.

The Award was presented to the winners by the former President of the Senate, Ken Nnamani, who was the Chairman of the dinner and awards ceremony hosted by the State Council of the Nigerian Union of Journalists (NUJ).

The Ray Ekpu Award for Investigative Journalism was instituted on July 30, 2021 by the immediate past Vice Chairman of ExxonMobil Companies in Nigeria, Udom Inoyo, who also doubles as Founder/Advisor, Inoyo Toro Foundation.

Speaking on the topic, “Your Pen, Our Gain” as the Special Guest of Honour during the 2021 Congress of the Akwa Ibom State Council NUJ last July, Inoyo said the award instituted in honour of one of Nigeria’s finest journalists and one-time World Editor of the Year, Ray Ekpu, was to encourage quality journalism in Akwa Ibom State.

The Akwa Ibom State Governor, Udom Emmanuel, who was represented by his Commissioner for Information and Strategy, Ini Ememobong, congratulated the award winners for their achievements.

The governor observed that the winners of the Ray Ekpu Award for Investigative Journalism were lucky to be working as investigative journalists in Akwa Ibom State, as the entry which won them the award could only have been possible in a free ans unfettered environment guaranteed for them by the state government.

Dignitaries at the event who witnessed the presentation of the awards included the sponsor of the award, Udom Inoyo; the award honojree, Ray Ekpu.

Other dignatories who graced the occasion included the former Minister of State for the FCT and All. Progressive Congress (APC) chieftain, John Akpan Udoedeghe; Senior Special Adviser to the President on Niger Delta Affairs, Ita Enang; a one-time member of the House of Representatives, Eseme Eyibo; Senior journalists and Editors as well as officials of the Nigerian Union of Journalists, National Association of Women Journalists and others.