By Tope Fasua
“The traditional financial system is deeply rooted, organized, and backed by government. Cryptos are not… At least not for now!”
First, a bit of history. A supposed Japanese named Satoshi Nakamoto started the first bitcoin sometime in 2007. Indeed, nothing is known about whoever started the concept apart from what they claim to be. No pictures.
The name has been indicated as a pseudonym (fake), and so also may be the nationality and the current age of 45. What is not in question though, is the bitcoin net worth of Satoshi, who could be a man or a woman of about $8.8 billion, at 2020 prices.
The fuzziness around founder-ship presents the first contradiction in the crypto saga, for a system which seeks to achieve total transparency in transactions was birthed on anonymity.
NOTE: Satoshi Nakamoto is the name used by the presumed pseudonymous person or persons who developed bitcoin, authored the bitcoin white paper, and created and deployed bitcoin’s original reference implementation. As part of the implementation, Nakamoto also devised the first blockchain database.
The idea was to create a different currency system – and if you like, entire financial system – that short-circuits the current traditional one. This was borne out of a need to rebel against current fiat currencies.
Now, in Economics, we call today’s currencies ‘fiat currencies’ because they are created by fiat and command the value on their faces, because governments say they should. Fiat is force or command. Before the global adoption of fiat currencies, money was backed by other assets such as gold.
The proponents of cryptocurrency believed that there is a need to push back and do something different, that will mimic the attributes of a gold-backed currency in view of durability and scarcity but do better than the current system by being smart, secure and not possible for central banks to issue at will.
There are also other known failures of the current financial and currency systems, notably bank failures and bailouts, lack of transparency, inefficiencies, and excess charges which make a number of the bank executives and even regulators exceedingly rich.
Nakamoto and co believe that there is a need to stop the exploitation of the masses (that is an irony today though, given Nakamoto’s net worth).
So, from get-go, we have to understand that cryptocurrencies declared a war on the traditional banking and financial system. And the uptake has been frightening, even if the road is laden with booby traps which we may be able to discuss shortly. 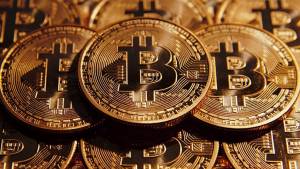 Tope Fasua is the founder and CEO of Global Analytics Consulting Limited, Abuja and the former candidate of the Abundant Nigeria Renewal Party (ANRP) in the 2019 presidential elections. You may contact him on [email protected]