The Federal Government said on Tuesday the N5.6trillion deficit in the 2021 Budget would be financed mainly from domestic and foreign borrowings, loans and proceeds from the privatization of public assets.
The Minister of Finance, Budget and National Planning, Zainab Ahmed, said the government plans to borrow about N2.34trillion each from domestic and foreign sources, with about N709.69 billion expected from multilateral and bilateral loan drawdowns and N205.15 billion from privatization proceeds.
The Minister gave the explanation in Abuja during a virtual media briefing to give details to the provisions in the Appropriation Act signed by President Muhammadu Buhari on December 31, 2020.
The Minister said the total fiscal deficit, including government-owned enterprises and project-tied loans, represents about 3.93 percent of the country’s aggregate value of goods and services for the year, also known as gross domestic product (GDP).
Although the percentage deficit exceeds the 3 per cent of GDP approved by the Fiscal Responsibility Act 2007, the Minister said the law permits the government to exceed that level in difficult situations, like current pressures on the economy as a result of the impact of COVID-19. 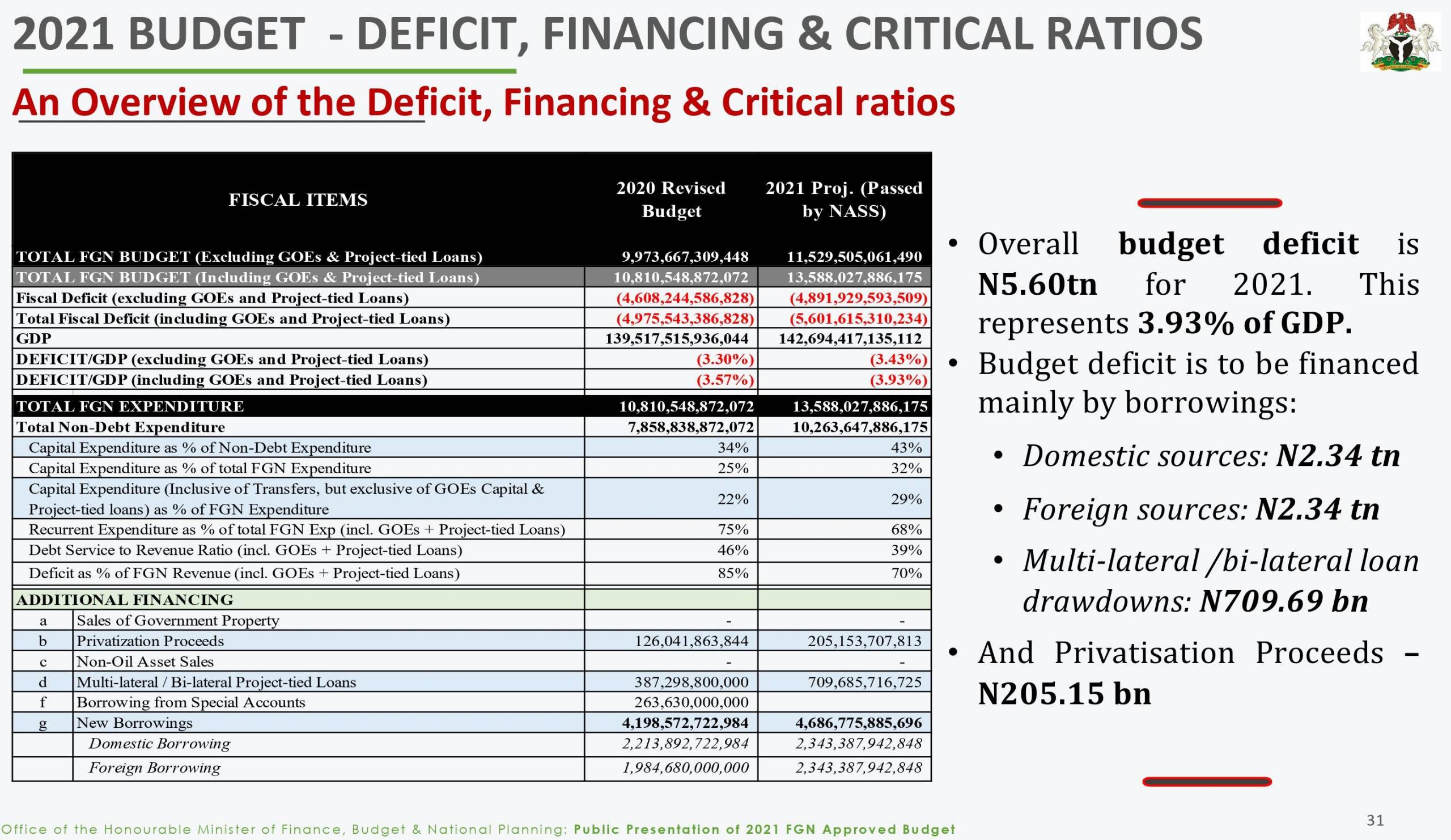 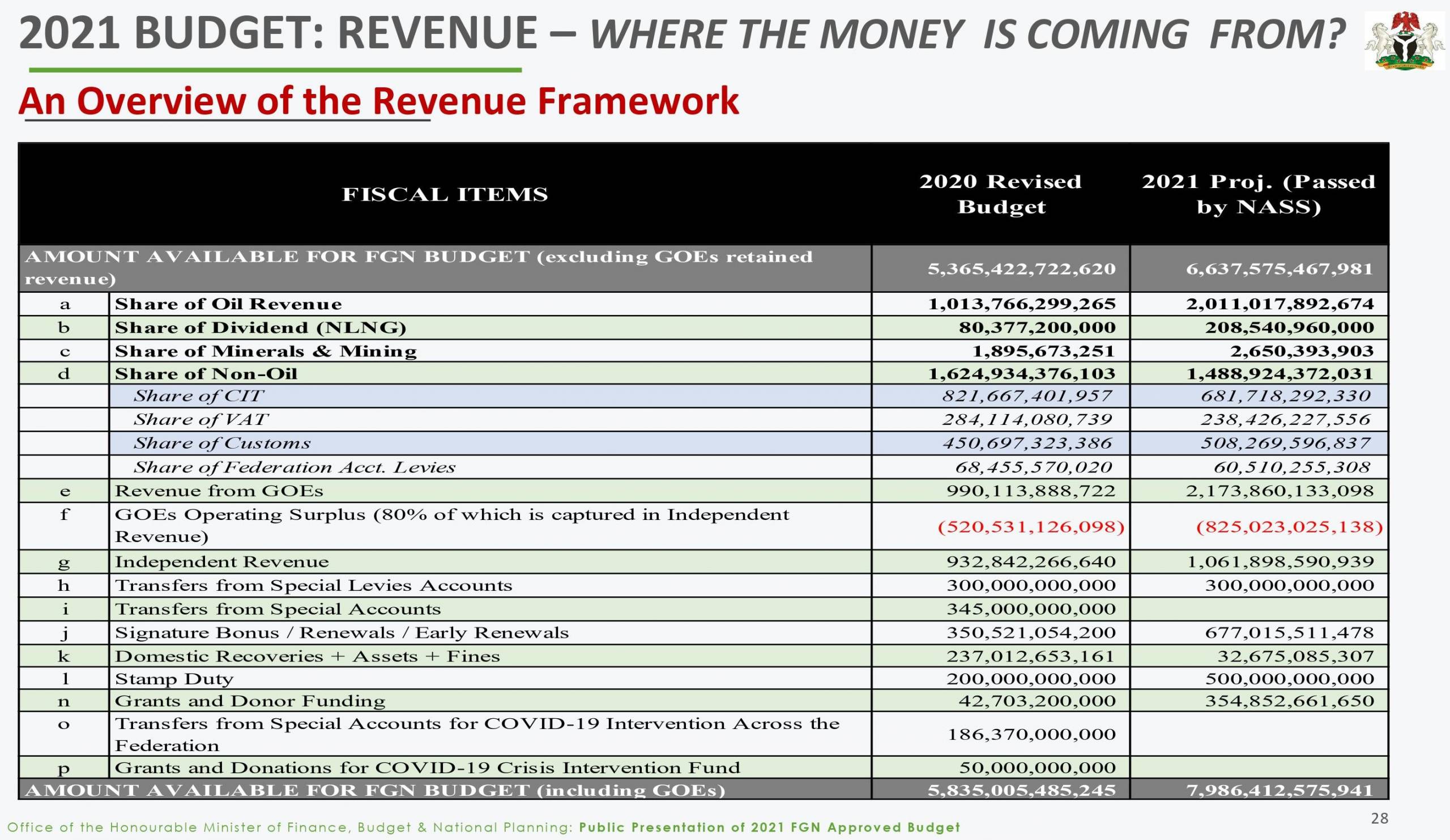 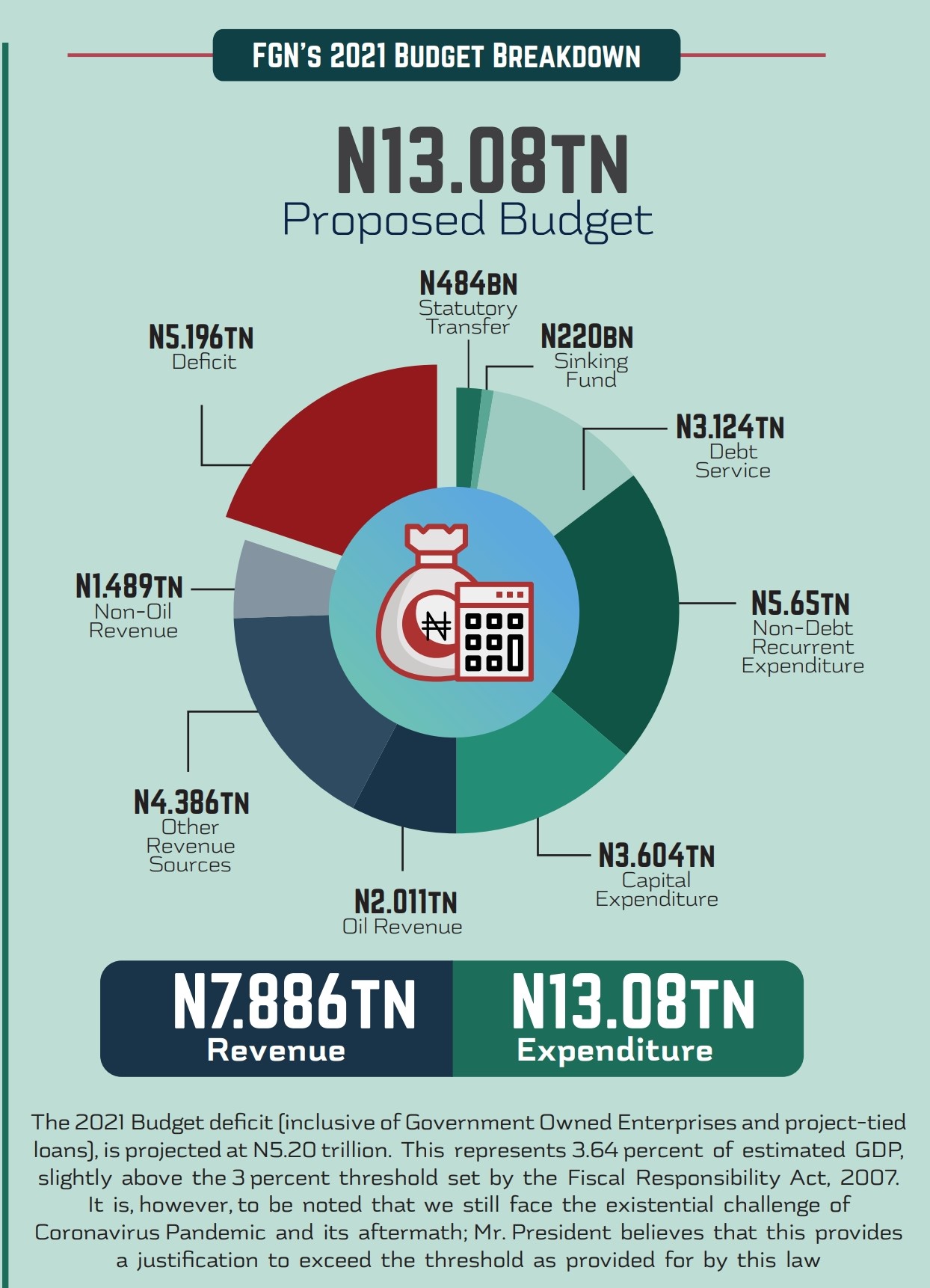 Also, capital & project-tied loans expenditures is about N3.32trillion; debt service 24.5 percent of total expenditure, and 12.6 peer’s cent age higher than 2020 revised Budget.
Provision to retire maturing bonds to local contractors/suppliers of N200 billion is 1.68% of total
expenditure. This reflects FGN’s continuing commitment to offset accumulated arrears of
contractual obligations dating back over 10 years.
On crude oil, the minister said the budget was based crude oil benchmark price of $40 per barrel per barrel, with crude oil production expected to increase from 1.8million barrels in 2020 to 1.86 million barrels in 2021
Although Nigeria has the capacity to produce up to about 2.5m barrels per day, current production would be limited to 1.7million barrels per day, including 300,000 barrels of condensate in compliance with OPEC quota restriction.
Oil GDP is projected to rise by 16.23percent during the year, year on year, with about 1.1 percent increase in non-oil GDP.